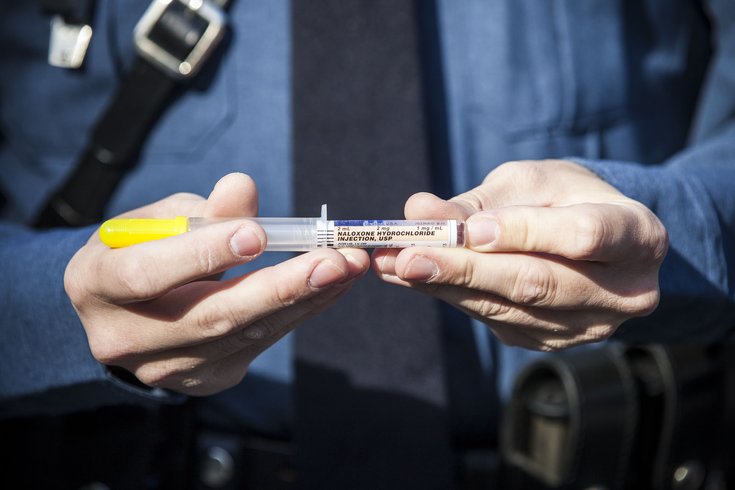 NBC10 has obtained cellphone video of a South Jersey mother being revived from a near-deadly heroin overdose with Narcan.

According to NBC10, the woman is lying in the street unconscious while witnesses attempt CPR.

NBC10 reports that a witness can be heard on the video saying, “She needs Narcan.”

Officers at the nearby West Deptford police station were then called to the scene and immediately gave the woman a dose of Narcan, a nasal spray used as an emergency treatment for suspected opioid overdose.

“It's a problem in every neighborhood...from Winslow to Camden, from Haddonfield to Cherry Hill,” Camden County Freeholder Director Lou Cappelli told NBC10 of the heroin epidemic sweeping the country, including South Jersey.

The victim was revived, was taken to an area hospital for further treatment and is doing OK, NBC10 reports. She declined an interview with NBC10 and told them her biggest concern is for her young daughter.