Narcan gives N.J. woman a second chance at a life worth living

“We wanted to get that bag (of O.D.-inducing) heroin, because that’s the good stuff,” said the recovering addict. “It’s insanity.” 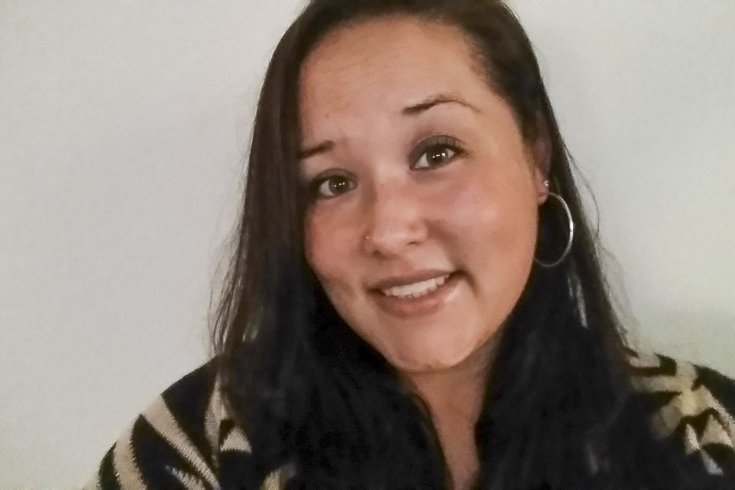 Jennifer Barnett, 32, was saved by a first-responder who administered Narcan during a heroin overdose in June 2013. Today, she has a full-time job, a condo and a good relationship with her family.

Read More
The last of a three-part series.

On the day she walked out of prison in June 2013, Jennifer Barnett binged on crack and followed it up with a potent bag of heroin.

Racked by years of drug addiction before her 10 months behind bars, she knew the dope was strong enough to kill her. And she was fine with that fate.

But Narcan saved her.

And it made her angry.

"I was not relieved," recalled the Brick, Ocean County native. "I was kind of pissed off. Here I was all over again. I thought that the struggle was finally over. I was actually happy that I was going to die and that this was finally it."

More than two years later, Barnett, 32, is grateful her life was saved. But a change of heart, not to mention her sobriety, did not come easily or immediately.

Narcan simply revived her vital signs. It left Barnett to restore the rest of her shattered life.

“Going to treatment and the willingness to [accept] treatment changed my life,” Barnett said. “But Narcan gave me the ability to have that want.”

Narcan, the brand name of the opiate antidote Naloxone, is now readily available in Pennsylvania and New Jersey without a prescription. More and more police officers are carrying it, as are friends and family members of heroin addicts. Expanded access is credited with saving hundreds of lives.

"It's absolutely helpful, but that's just the beginning," Barnett said. "Treatment is definitely a necessity. Naloxone and Narcan give people a chance to make that choice, whether they want to or not. … Two years ago, I thought it was hopeless."

'TIRED OF LIVING THAT LIFE'

Prior to her imprisonment on a parole violation stemming from a theft charge, Barnett had spent nearly two years roaming the streets of Camden while trying to feed drug habits that topped out at $200 per day.

"I couldn't believe that after spending 10 months in jail, that the first day I was out I was in the same situation again," said Barnett. “As I was injecting it, I knew that I was going to OD. I just had this feeling. I closed my eyes, like thank God it was over. I thought that was it.”

To this day, Barnett does not know who saved her life. She only knows that her friend dialed 9-1-1 and an emergency responder administered the Narcan.

She was treated at Cooper University Hospital and released within several hours. Camden County Social Services placed her in a shelter. But two days later, she was getting high again.

“If I had been feeling well enough, I probably would have gotten high that day,” Barnett said. “It just doesn’t matter. When you’re in the disease of addiction, it just consumes you.”

At that point in her addiction, overdoses no longer scared her.

One year earlier, her then-boyfriend had been revived from an overdose. But as soon as he got out of the hospital, Barnett said, they went and got high. When they would hear of others overdosing, they would try to find the source of the heroin.

“We wanted to get that bag, because that’s the good stuff,” Barnett said. “It’s insanity.”

Seeking state assistance, Barnett first needed to enter a drug treatment program through New Jersey’s Substance Abuse Initiative. She opted for an inpatient rehab facility, where she stayed clean for 28 days before being released to a halfway house.

Twice, Barnett had bailed on detox facilities. She tried 12-step programs without success. But now she was desperate enough to get sober.

“We call it the ‘G-O-D’ – Gift of Desperation,” said Barnett, who again entered a 12-step program. “It’s coming to the point where you’re at rock bottom, where you lose everything. You’re completely hopeless and you have nowhere else to turn. At that point, I was 30. … I was just tired of living that life.”

That life began as a teenager, when Barnett first experimented with alcohol. She soon advanced to marijuana, ecstasy, mushrooms and acid. She became hooked on prescription painkillers after a motorcycle accident at age 20.

After seven years of abusing painkillers, her ex-boyfriend introduced her to heroin, a cheaper and more potent opiate.

The drug nearly killed her as she racked up drug offenses and stole from her family. But Barnett now proudly lists her clean date as July 4, 2013.

'IT'S POSSIBLE FOR ANYBODY'

Barnett now lives in Robbinsville Township, Mercer County, where she recently moved from an apartment into a condo. She works full-time as a grocery store manager, having risen from a part-time cashier. She also has restored her relationship with her family.

“That was really hard to get them to believe me this time,” Barnett said. “I had said I’m sorry so many times before. They came up for my two-year celebration. They got to see my life, where I’m living and the people I’m friends with.”

Barnett still gets drug cravings, saying she is "not cured by any means." But she resists any temptations by reaching out to a network of supporters. And she offers encouragement to other women struggling with addiction.

“I would never have thought my life would be as good, or the way it is today,” Barnett said. “When you’re in (addiction), you just think there’s no way out and that that’s just the way it’s supposed to be. There’s this freedom in recovery.

“It’s possible for anybody. Over two years ago, you would have just thought that I was a worthless junkie.”