Heroin plays no favorites: 'The drug doesn’t care who you are,' says one officer on the front lines 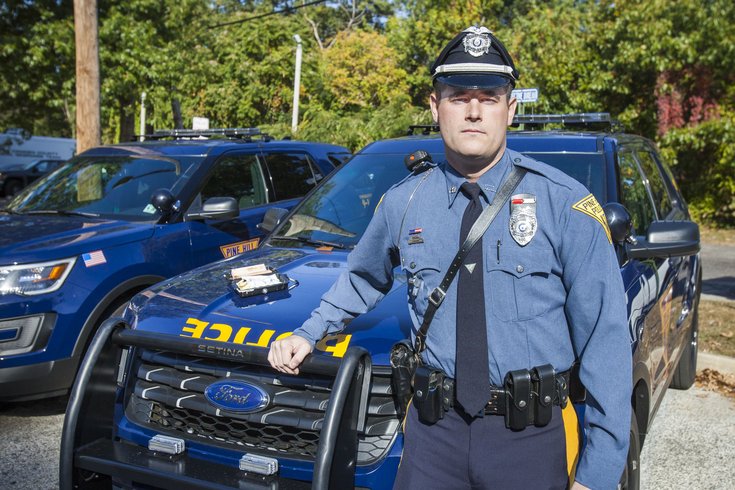 In the course of a year, in a town of less than four square miles, Pine Hill police Officer Justin DiGiacomo has had to administer Narcan a staggering 13 times. Only once did it fail to save a life.

Read More
This is the second story of a three-part series.

The setting was chaotic.

In the midst of a large party, an unresponsive young man lay on a bathroom floor at a Pine Hill home, surrounded by heroin packets. In the throes of overdose, the drug weakened his pulse, curtailed his breathing and turned his face purple.

Hysterical family members hovered over the man and swarmed a patrol car responding to the scene, even before the officers could get out to help.

“It was a crazy scene. They were very distraught. We got inside," Pine Hill cop Justin DiGiacomo remembered. “First, we had to calm everyone down, get the family out. My partner pushed everyone away."

It was his first save.

“In two to three minutes his color came back," DiGiacomo said of the young man. "Within five minutes he was standing and I was leading him to the ambulance."

“It really is coming back to life,” he said.

Not that long ago, before Narcan became widely available to police officers and family members alike, a first-responders' only option was to supply oxygen, summon an ambulance and hope. Today, they are on the front lines of a heroin epidemic and frequently finding themselves reaching for Narcan to pull heroin addicts through life-threatening overdoses on street corners, drug houses and private homes.

Since May 2014, officers on the Camden County Police Department alone saved 155 overdose victims. Between Oct. 13 and 24, officers used Narcan to resuscitate eight men and two women. In 2015, more than 530 overdoses have been recorded in Camden City; 35 were fatal.

But with an outsized drug problem.

DiGiacomo, 30, has served as a Pine Hill officer for just two years. Narcan, the drug that serves as an antidote to heroin and opioid overdoses, has been available to him for just the past year.

In that time, in this town of less than four square miles, he’s had to administer it a staggering 13 times.

“I went into this with an open mind. Some of the other officers who’ve been in a long time still see the stigma,” that comes with drug use. “The older officers didn’t go through this,” with people they knew, and so they have a different attitude, said DiGiacomo.

“But there’s a shifting of the tide. Most of these are good people who have made a mistake that their family is also suffering with," he said. "I’ve seen people I’ve grown up with, people from back when I was just seven years old, that are suffering.”

“They are stuck. And they can’t get back."

DiGiacomo said many of the addicts share the same story: Injury. Pain. Pain pills. Then heroin – for its cheaper, better high.

He’s kept track of the ages of the users to whom he’s given Narcan. Just one person under 21 and just one older than 40. The rest have all been between 21 and 30. 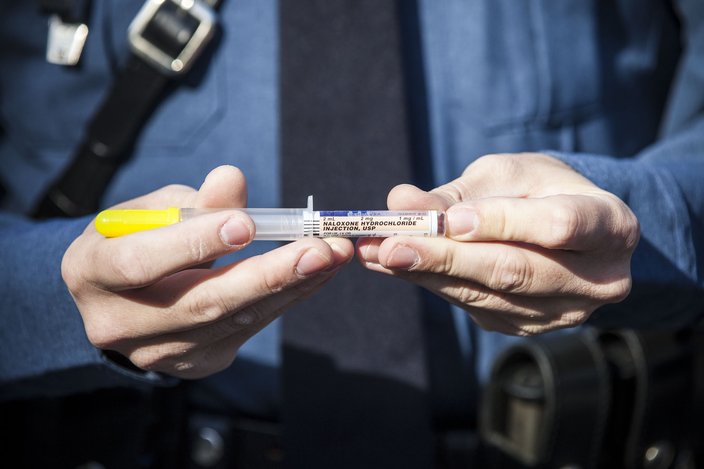 And as much of a miracle as Narcan has been, it has not saved everyone. The man he lost had just gotten out of jail and headed straight to a drug house to buy heroin.

It was very hot. The man had collapsed, turned a deep shade of purple, and was breathing just once a minute. There was no response to the antidote, no color change. DiGiacomo started rescue breathing and CPR.

“We got his heart going and transported him,” to the hospital. But “it was just enough time for his family to say goodbye to him.”

The depth of the problem in Pine Hill “shows just how bad it is,” said DiGiacomo. “It’s not just Section 8 Housing or low income, but also high income.

“The drug doesn’t care who you are.”

From time-to-time he sees the first man he saved with Narcan – still using.

“He’s been battling for a while. But he’s still at it. He’s not ready. And you can’t stop until you are ready,” said the officer.

WHEN 'THERE WAS NOTHING YOU COULD DO'

David Vannoni has dealt with the drug scourge for nine years – first as an EMT, now as a cop for the past four years in Gloucester Township, a sprawling and growing Camden County burb.

Even when he was an EMT, Narcan was not available for him to use – back then it was reserved for paramedics.

“If you arrived, there was nothing you could do," he said. "You didn’t have any tools. You used the bag mask for breathing, did CPR and called for paramedics.

“And sometimes when you knew they were too far away, you’d just load and go” to the hospital, hoping the patient did not die, he said.

Vannoni has used Narcan three times and it each time it saved somebody from death by overdose.

“The first time I remember best," he recalled. "It was in a Wawa bathroom. He was blue, on the floor. But it got him breathing. It was the first save in the county.”

Vannoni said he, too, sees some resistance by the older cops, who see drug use as a crime.

"But I’m glad to say our administration sees this as a family dysfunction” that ripples out to the community through crime, hospitals and jail, he said.

Vannoni said Gloucester Township even has a special advocate assigned to the municipal court to speak directly to users and offer to hook them up with help.

The stats behind the need for Narcan are staggering.

The heroin overdose death rate in New Jersey is more than triple the national rate, according to Centers for Disease Control data.

Overdose deaths outnumber homicide, suicide, car accidents and AIDS as a cause of death in Jersey.

Heroin kills more people annually in Camden and Atlantic counties than flu and pneumonia combined, according to state statistics.

Camden County, acknowledging that saving a life with Narcan can sometimes just be saving someone for a worse fate later, has just instituted a program dubbed Operation SAL (Save A Life) that offers outpatient recovery counseling to those administered Narcan.

The program aims to support users while placement in an in-patient treatment facility is sought.

Officer Tyrrell Bagby was still in training to use Narcan the day he helped use the antidote to save two lives.

He was on foot patrol in North Camden, when he saw her: a pregnant woman in an abandoned Camden building. Overdosing on heroin. 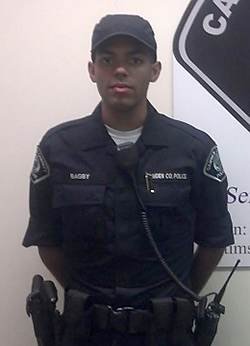 It was a long three minutes for Bagby, 23, until a trained officer arrived with the medication – not every cop on his force routinely carries Narcan; it must be checked out – but the antidote worked. Both mother and child survived that day.

Bagby knows from having walked a beat near the transportation center in downtown Camden that the majority of the drug users are suburbanites who come there to buy drugs.

His most memorable save was an unconscious woman in yet another abandoned building in another section of Camden.

A woman and child were crying. A man who had bought drugs on the corner, then went inside to shoot up, was pulled from the derelict house. The heroin was shutting down his respiratory system.

“I had to think about my training and get my stuff out," Bagby said of the Narcan kit. "I was super duper nervous. There were maybe 50 people gathered around by now, watching."

He administered the antidote and the man started breathing. EMS responded.

Bagby learned later that the woman crying outside was the addict’s sister; the crying girl with her was his daughter. The victim used heroin in the morning, felt “weird” – and went back for another hit, he said.

The guy nearly died in front of his family.

Bagby, now a cop for more than two years, said the man has told him he no longer uses, but he knows that’s not the case for everyone he has saved.