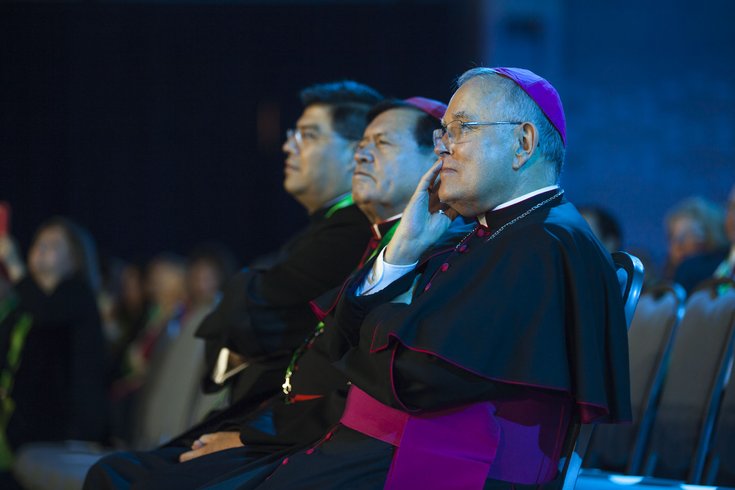 Archbishop Charles Chaput is not fully buying assurances that the Catholic Church will not change its formal teachings on sexuality, marriage and the family, according to an op-ed published by the Wall Street Journal.

Chaput notes that Pope Francis, who visited Philadelphia late last month, took such changes "off the table" as soon as the Vatican's Synod of Bishops began Oct. 4. However, the application of those teachings remains up for discussion. And it's a debate that has Chaput worried.

"The more some synod fathers claim that no doctrinal change is sought on matters of divorce and remarriage — only a change in 'discipline' — the more other synod fathers worry. And for good reason. Practice inevitably shapes belief."

Pope Francis has encouraged candor at the meeting, which Chaput calls a deviation from the past. While bishops may stress a shared mission, Chaput says substantive matters often reveal deep fissures.

Pope Francis has preached the "beauty of Christian belief" on sexuality, marriage and family, Chaput writes. But he says that is not the source of the friction, which has resulted in 13 prominent cardinals writing a letter of concern to Pope Francis.

"What is at issue is the application of church teaching. In the case of divorced and civilly remarried Catholics, that means whether they should be admitted to Communion, under what conditions, and who should decide those conditions — the local bishop, bishops' conferences or Rome? Many bishops feel that the last thing the church needs is fragmentation of practice on a matter of substance."