Bluebird Distilling to open coffee and cocktail bar in Ardmore 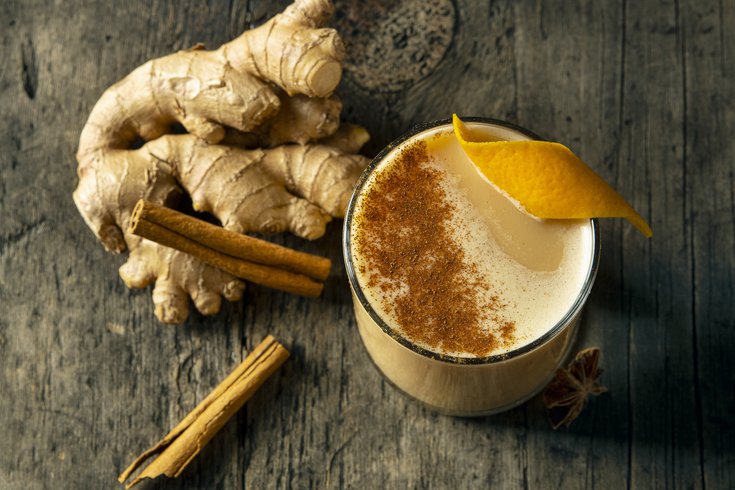 Char and Stave Coffee, the sister company of Bluebird Distilling, will include a full menu of drip coffee, coffee-based mocktails, coffee-themed cocktails, and traditional drinks.

Phoenixville's Bluebird Distilling is set to expand with an all-day coffee and cocktail bar called Char & Stave Coffee in Ardmore on Monday, March 21.

The concept comes from Bluebird's owner and master distiller Jared Adkins, with the help of head distiller Scott Gilbert who has over 15 years of experience roasting coffee. Char & Stave's signature roasts will use a similar method to the one utilized at the distillery, which specializes in small-batch whiskey, rum, gin and other spirits.

The café's "barrel-aged roasts" will be aged for one to six months in the same barrels used to distill Bluebird's dark liquors. After the aging process is complete, Adkins says the beans will be roasted on a "traditional drum roaster" with virtual technology that allows for easy adjustments. They will then be bagged or brewed on-site.

"The name 'Char & Stave' comes from the barrels we use for aging our bourbon and now, coffee," said Adkins. "The stave is one of the 21 pieces of oak that make up a barrel, and the char is the inside layer of the barrel that holds the residual vanilla, bourbon, and spice notes."

Along with its signature Four Grain Bourbon Aged Blend, Char & Stave will feature five other roasts. 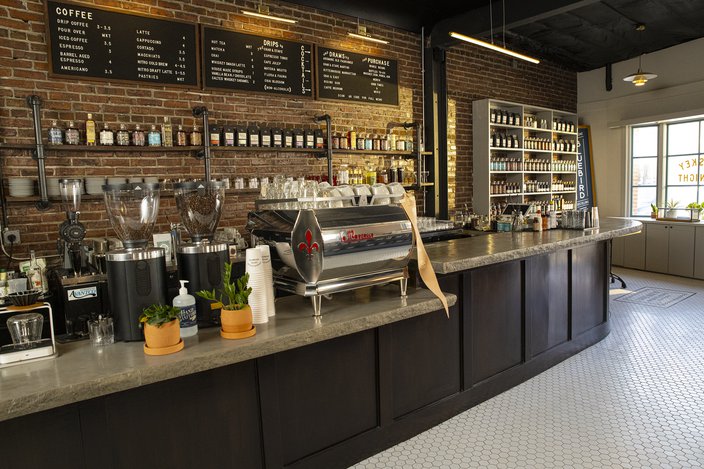 Seasonal and limited rotating brews will also be offered, starting off with "Yirgacheffe." Sourced from Ethiopia, the blend has notes of lemon, honey and peach. Another rotating roast will be "Cajamarca," which comes from Peru and includes hints of caramel, red grape and cane sugar.

For those looking for a coffee-free cocktail, there are two additional offerings. The "Matcha Mojito" is composed of house-made matcha, mint, sugar, lime, and seltzer, and the "Chai Blossom" is made with house-made chai, orange, milk, and seltzer.

The 42-seat lounge will shift to a cocktail bar in the evening, featuring a full menu of traditional and coffee-inspired cocktails, as well as mocktails. 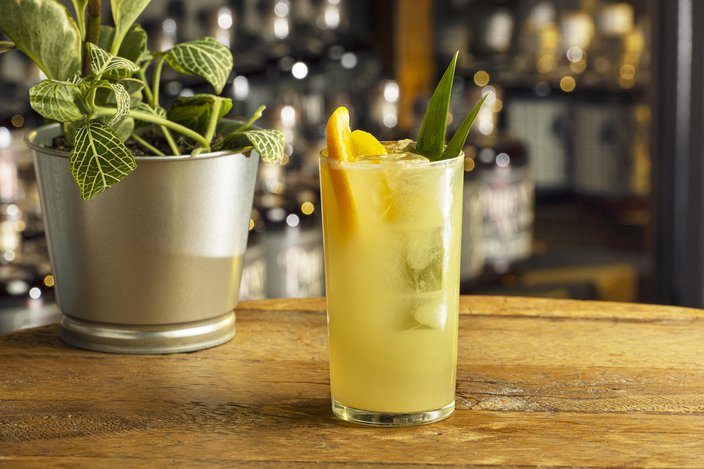 The Ardmore cafe will have mocktails and cocktails available all day and into the evening, when the lights in the 42-seat lounge will dim.

The café at 21 Rittenhouse Place will have both bagged whole beans and Bluebird Distilling's spirit offerings for sale. Whole bean coffee will be also be available for purchase at the Phoenixville distillery.

Bluebird has tasting rooms located in The Shops at Liberty Place at 1625 Chestnut St., and in Old City at The Bourse Building at 111 S. Independence Hall.