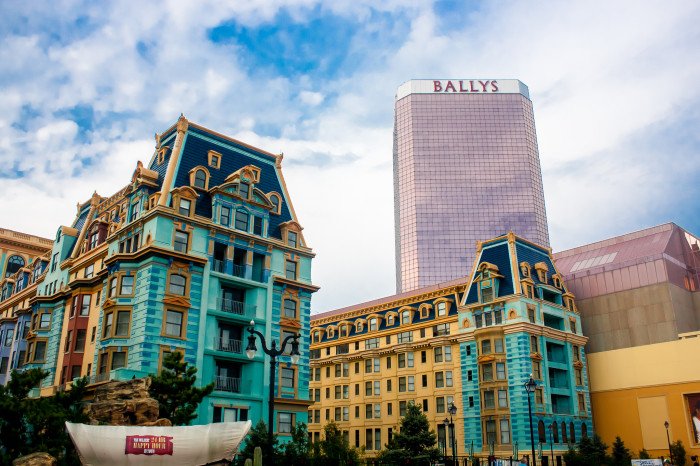 Moody's credit rating agency chided Gov. Chris Christie on Monday for vetoing a trio of bills that would have provided $47 million in financial relief to Atlantic City, warning that the troubled town is only months away from default.

On Jan. 19, Christie pocket vetoed a financial aid package that would have put casinos in a payment-in-lieu-of-taxes (PILOT) program, creating a predictable source of revenue for the next 15 years. The city would also have gotten funds to help pay for debt and other obligations, as the Press of Atlantic City reported.

According to Newsworks, Mayor Don Guardian now plans to meet with the City Council on Tuesday to discuss the possibility of bankruptcy — which would make Atlantic City the first town in New Jersey to go bankrupt since the Great Depression.

The aid package "would have provided critical near-term financial relief to Atlantic City," senior analyst Josellyn Yousef wrote in Moody's "Credit Outlook" publication. It would have provided almost $47 million in additional revenue for 2016, without which the city is "likely" to default on debt service payments as early as April.

"The bills could be resurrected, but time is running out, and the city’s cash position is dangerously low," Yousef warned.

Atlantic City needed money to pay for CRAP, literally. Its budget was written assuming that the city would get $33.5 million in "Casino Redirected Anticipated Payments" from the aid package. However, even if the state had approved the aid package, the city would still have a projected budget deficit of $30.5 million in 2016. That deficit could now balloon to $67 million or more, the Press of Atlantic City reported.

The Christie administration defended the veto, saying that the bill was a waste of taxpayer money.

"The Governor did not sign the PILOT legislation for one simple reason: Atlantic City government has been given over five years and two city administrations to deal with its structural budget issues and excessive spending. It has not," spokesperson Kevin Roberts said in a statement. "The Governor is not going to ask the taxpayers to continue to be enablers in this waste and abuse."

Christie said that he would approve legislation if "the total package makes sense." It wasn't clear exactly what his preferred solution would be, but he told reporters in Iowa that "we've got to fix the public sector side of things."

"We now need to get the government under control in Atlantic City. The fact is they spent per citizen like three times more, almost three times more than the city of Newark," he said.

This number is roughly true. The state approved a $262 million budget for Atlantic City in September and a $766 million budget for Newark, but Newark's population is seven times bigger, so it spends around 2.4 times less per citizen.

State Senate President Stephen Sweeney has sponsored legislation that would put Atlantic City under state control. He implied that Guardian's talks about bankruptcy are just a big bluff.

"I think it's idiotic to say. It's like pulling out a gun on somebody and not having any bullets in it. We're not going to let you file for bankruptcy," Sweeney, a Democrat, told the Star-Ledger.

The city can't file for bankruptcy without the state's consent.

"I appreciate the efforts of the senate president in particular in his outspoken advocacy for change in what’s happening governmentally in Atlantic City," Christie said in Iowa.

Guardian opposes a state takeover, but other options are not very palatable. The state could give Atlantic City a last-minute loan, allow it to defer on $40 million in pension/health benefits due in April or allow it to access restricted cash.

Moody's also warned that the closure of any casino would cost the city $8 million to $15 million. Out of the eight casinos remaining in Atlantic City, three are in bankruptcy: Trump Taj Mahal, Caesars and Bally's.