The former New Jersey governor described his symptoms as mild 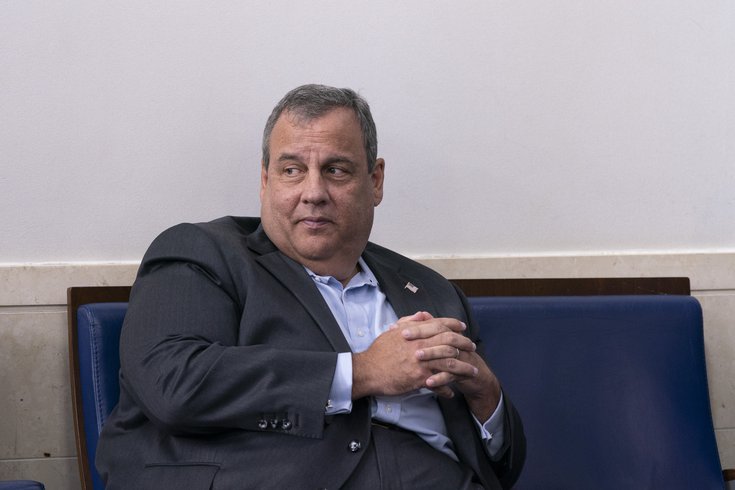 Former New Jersey Gov. Chris Christie revealed that he has checked himself into a hospital to be treated for mild symptoms following his COVID-19 diagnosis.

In consultation with my doctors, I checked myself into Morristown Medical Center this afternoon. While I am feeling good and only have mild symptoms, due to my history of asthma we decided this is an important precautionary measure.

I am thankful for our hardworking medical professionals and look forward to coming home soon.

On Saturday, Christie said that he tested positive for COVID-19 after he recently spent several days with Trump helping the president prepare for the first debate last Tuesday night.

Christie revealed his positive diagnosis in a Tweet that also said he would "be receiving medical attention." The 2016 republican presidential candidate and former rival of Trump's would not reveal if he was experiencing coronavirus symptoms.

The news comes one day after President Trump and first lady Melania announced they tested positive for coronavirus.

Both Trump and Melania were symptomatic on Friday and Trump is receiving medical treatment as well.

I just received word that I am positive for COVID-19. I want to thank all of my friends and colleagues who have reached out to ask how I was feeling in the last day or two. I will be receiving medical attention today and will keep the necessary folks apprised of my condition.

The 58-year-old said in an interview with ABC's Good Morning America on Friday that neither President Trump nor himself wore masks during debate preparations.

"No one was wearing a mask in the room when we were prepping the president during that period of time," Christie said on the show. "The group was about five or six people in total."

Christie said earlier that he tested negative prior to the presidential debate in Cleveland on Tuesday, and that was the last time he's come into contact with President Trump. He did not attend the President's 2020 campaign event in Bedminster, N.J. on Thursday.

I want to thank all who have called and texted in the last few hours to check on my health. I feel fine and have no symptoms. I was last tested for COVID on Tuesday (it was neg) and was tested this morning. No results until tomorrow. I will let you know the results from here.

Christie is one of at least eight people who tested positive attending a White House Rose Garden event that took place over a week ago. The ceremony at the White House's Rose Garden was announcing the nomination of Amy Coney Barrett to the Supreme Court.

President Trump is currently being treated for COVID-19 at Walter Reed National Military Medical Center in Washington, D.C. He is now being treated with the antiviral drug Remdesivir in addition to the experimental drug Regeneron.

Trump reportedly has symptoms of low-grade fever, congestion, and a cough.