Christie on CNN: No need for special prosecutor in Trump-Russia probe 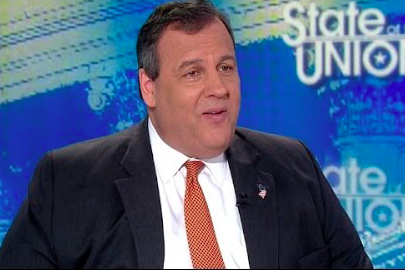 New Jersey Governor Chris Christie, appearing Sunday on CNN's "State of the Union," staunchly defended the White House's contention that it's too early to determine whether a special prosecutor will be needed to investigate whether the Trump administration was involved in Russia's alleged efforts to influence the 2016 presidential election.

Momentum for an investigation has built in the wake of the resignation of former National Security Advisor Michael Flynn, who acknowledged having improper contacts with a Russian ambassador.

Joined by Democrats, Republican Rep. Darrell Issa of California suggested last Friday that a special prosecutor would be needed to avoid a conflict of interest with recently appointed Attorney General Jeff Sessions, who played a key role in Donald Trump's presidential campaign.

White House spokeswoman Sarah Huckabee Sanders said Sunday that it's too soon for Sessions to recuse himself, adding that the administration is confident that any investigation will clear Trump and his aides.

Christie, speaking to CNN's Jake Tapper, argued that the Justice Department, together with the House and Senate intelligence committees, should be able to investigate without the aid of a special prosecutor. During the 2016 presidential campaign, Christie strongly urged that a special prosecutor be brought in to investigate whether the Clinton Foundation's ties to former Democratic candidate Hillary Clinton during her time as Secretary of State were evidence of a "pay-to-play" scheme among donors.