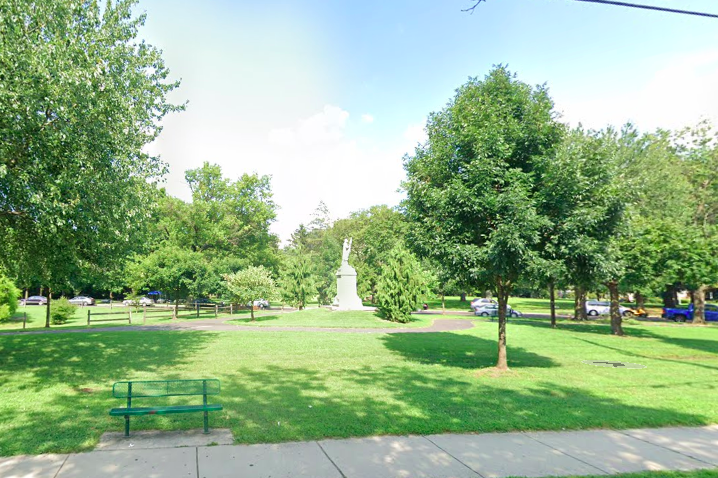 Camden residents were upset after the city removed the Christopher Columbus statue located in Farnham Park on Thursday. Protestors claim that the city took down the statue after finding out that residents had planned a march through the park on Saturday.

The monument has "long pained the residents of the community," Mayor Frank Moran said in a statement. "Previously, there have been requests to remove the statue as the community no longer supports the monument. It is long overdue, but we must now establish a plan to reexamine these outdated symbols of racial division and injustices."

The statue's removal was met with frustration from residents who had planned a demonstration in the park on Saturday, NBC10 reported, and as city workers loaded the statue onto a truck Thursday evening, people started to gather. Those involved in the planning of Saturday's protest claimed the city had agreed to keep the statue in the park for their demonstration then remove it later.

Protestors blocked the city vehicle from leaving, and rolled the Columbus statue off the truck's bed and onto the ground where its head wa broken off as the crowd chanted, "No justice, no peace."

"This is what happens when you promise the residents one thing, and you try to do another thing," Rev. Levi Coombs III, a pastor at First Refuge Progressive Baptist Church, told NBC10. "We do stand up. We do rise up."

Though, not everyone agrees.

The Camden County Board of Freeholder announced on Friday it will work with the Sons of Italy, a fraternal Italian organization, to develop new artwork that "celebrates Italian heritage in Cooper River Park." Additionally, the board will initiate "a dialogue with the Sons of Italy to determine how to best repatriate their Christopher Columbus statue from the park to a private location."

Last week, Philadelphia officials removed the statue of former Mayor Frank Rizzo, which had been located on the steps of the Municipal Services Building and been vandalized several times in recent years. The late Rizzo, who served as mayor between 1972 and 1980, has been scrutinized for his treatment of the city's black and gay communities during his time as mayor and police commissioner.