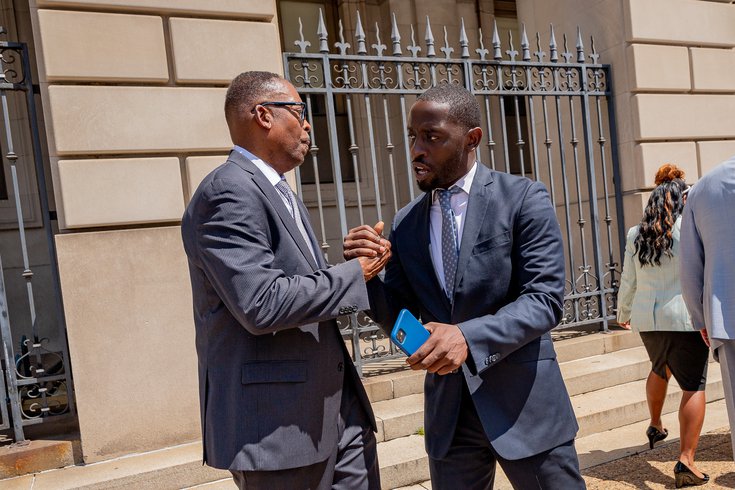 An ordinance that incentivizes Philadelphia residents to help solve quality of life issues in their neighborhoods was introduced by City Councilmember Isaiah Thomas on Wednesday.

The Citizen Watchdog Fund bill would reward those who help address things like illegal dumping, excessive noise and ATV usage on the streets. A payment of at least $500 will be given for each closed case, depending on the extent of a violation, information provided and a person's willingness to cooperate in an investigation.

"We're creating the Citizens Watchdog Fund to reward Philadelphians who help government solve these types of issues," Thomas said in a release. "Everyone has a role in making Philadelphia a better and cleaner city. We need residents to help us be partners; we also need to reward these citizens who help out and step up."

The city's Managing Director's Office will determine the reward on a case-by-case basis. The bill was co-sponsored by councilmembers Michael Driscoll and Mark Squilla.

Mark Collazo, the Executive Director of the Fishtown Kensington Area Business Improvement District, said that the new ordinance is a welcomed addition in the fight against quality of life issues.

"Moreover, it financially rewards the dedicated residents at a time when community members could use it," Collazo said. "This new tool is a model for how government and their constituencies truly collaborate to make the changes we all want to see in our world."

City Councilmembers have been targeting the quality of life in the city with legislation aimed at upgrades that they hope will lead to a reduction in crime and more community opportunities in the most vulnerable areas.

Councilmember David Oh introduced legislation in March that dealt with enforcing illegal dumping violations. Under the legislation, third parties – such as private tow trucking companies – would have the ability to tow vehicles of people who were caught illegally discarding materials. It also addressed parking and leaving large tractor trailers in neighborhoods.

"The blight created by illegal dumping and abandoned vehicles is a scourge on our neighborhoods and a contributor to the rise in violence we are seeing," Oh said. "All residents, regardless of zip code, deserve clean, safe communities."

In 2021, only six people were arrested for crimes related to illegal dumping – the city's lowest total since 2017, Billy Penn reported. The issue also tends to impact neighborhoods that have a higher population of Black and Latino residents, including portions of North, West and Southwest Philadelphia

Councilmember Helen Gym told the Philadelphia Tribune in April that the city needs to focus on livability, which means quality of life upgrades like cleaner streets and neighborhoods.

In May, former City Councilmember Cherelle Parker introduced legislation that would improve the enforcement and increase penalties associated with illegal dumping. The bill sought to increase the fines for illegal dumping – which only took into account if it was done with or without a vehicle – for each item that was discarded.

Dirt bikes, dune buggies and ATVs are prevalent throughout Philadelphia, even though they are not authorized for use on the streets or the sidewalk. In June of 2021, City Council passed a law classifying these vehicles as illegal street vehicles.

With Thomas' new ordinance, community watchdogs will be able to assist in stopping illegal practices that are nuisances in neighborhoods. According to Max Weisman, a spokesperson for Thomas, the legislation was created as a new idea, but they did recognize that Sacramento has a similar way for tackling related issues.

The legislation would immediately take effect upon passage from city council and Mayor Jim Kenny's approval.