Jersey Shore pizzeria to be featured on Guy Fieri's 'Diners, Drive-ins and Dives'

Carluccio's Coal Fired Pizza will appear on an episode of the Food Network series on Sept. 23 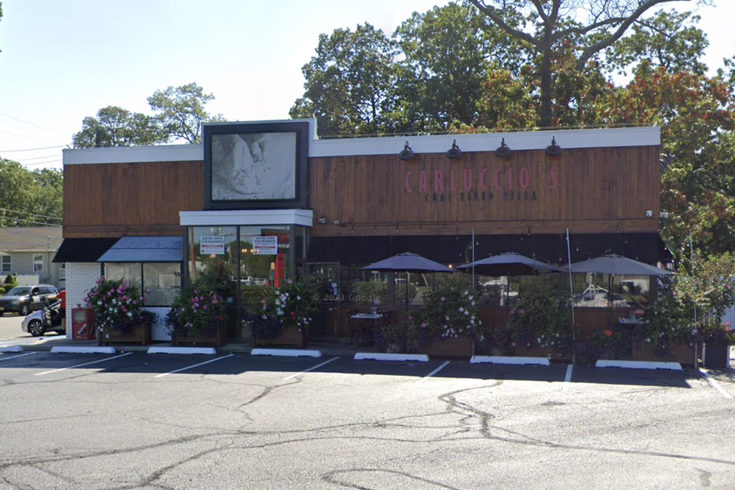 Carluccio's Coal Fired Pizza in Northfield, New Jersey will appear on the Food Network's 'Diners, Drive-Ins and Dives' with a return visit from host Guy Fieri.

The celebrity restaurateur and chef will revisit one of his favorites from an episode in 2015, when he checked out Carluccio's Coal Fired Pizza in Northfield, Atlantic County.

The family-owned restaurant teased the appearance on Facebook, revealing that Fieri's segment at the Italian spot will air Friday, Sept. 23.

Carluccio's opened in Northfield in 2012 at the site of a former Dunkin' Donuts at 1200 New Road. Owner Carlo Citera, who came to the United States from Salerno, Italy, had already run several restaurants in Atlantic City. When the Golden Nugget took over the former Trump Marina, Citera's restaurant Cosmo's left the property, and he and his wife opened their coal fired pizza place. They quickly found success and even opened a second Carluccio's last year in Bally's Atlantic City.

In addition to the pizzas cooked at temperatures above 1000 degrees, Carcluccio's has a full menu of sandwiches, salads, apps, pastas and specialty entrees.

When Fieri last visited the restaurant, he gave his stamp of approval to the Pappardelle Alla Siciliana and the stuffed gnocchi, which comes packed with stracciatella tossed in basil pesto and Italian sausage, with a burrata topping.

Carluccio's also was featured two years ago in a Barstool Pizza Review from Dave Portnoy, who managed to make a good score of 7.1 sound as unimpressive as only he could.