City Sports runs again, says new stores in Philadelphia are 'in the works' 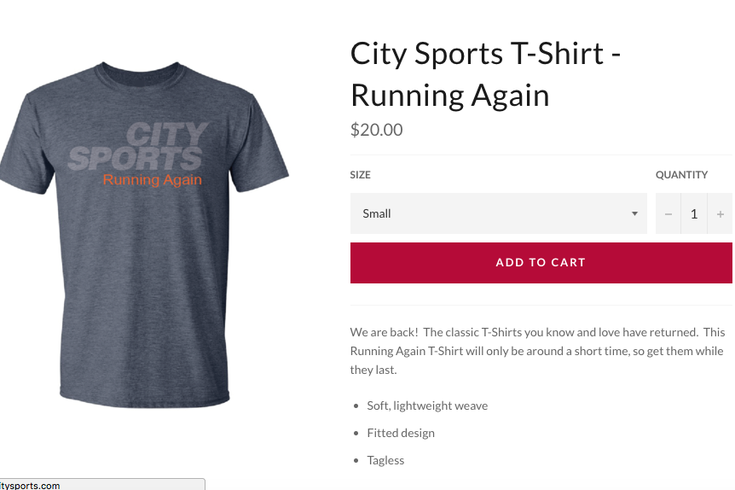 City Sports is selling merchandise again on its website after closing the doors to its 26 stores in 2015.

Remember City Sports? The Boston-based athletic gear retailer that closed all of its stores in November 2015 after filing for bankruptcy?

The company posted a letter to its customers on Twitter Tuesday, announcing that it was again selling merchandise on its website and that "new stores in Boston, New York, Philadelphia and D.C. are in the works."

"When we heard that the stores were closing after 32 outstanding years, we were as upset as you," the retailer said in the letter. "So, we decided to do something. We couldn't let City Sports disappear on our watch."

We are officially running again! An update on where we are and where we're going:https://t.co/AbItgydWao

A timeline on an opening isn't clear.

The company was acquired in December 2015 by Brent and Blake Sonnek-Schmelz, who both graduated from the Wharton School of the University of Pennsylvania.

The two took over the business with plans on reviving the iconic brand, Philly.com reported in February 2016.

"By having the IP, it gives us the name 'City Sports' to use, its logo, data list of customers, and website," Brent Sonnek-Schmelz told the newspaper. "We're going to be City Sports. The name has tremendous brand meaning to customers, and that's why we acquired it."

City Sports closed its 26 stores back in 2015, including locations in Ardmore, Wayne and its Center City store on 16th and Walnut streets.