Researchers' decision to end early a clinical trial that found immediate treatment of HIV with antiretroviral drugs is effective and should not be delayed is already having a positive effect by removing the doubts and fears of patients, according to a local doctor.

Previous treatment protocols had called for patients to wait until the disease progressed and their immune systems degraded. 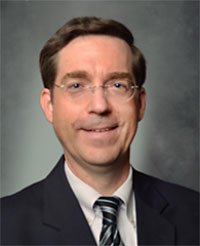 “We have an answer,” said John Baxter, MD, a medical school professor and the head of the infectious diseases division at Cooper University Hospital (at left), who administered the trial for six patients who were enrolled at Cooper in Camden. “You start therapy as soon as a patient is diagnosed.

“It sort of erases that question.”

In order for participants to enroll in the Strategic Timing of AntiRetroviral Treatment (START) study, Baxter said they needed to be HIV-positive without having started treatment.

“Once [clinical trial patients] started therapy and they realized life goes on and they are fine. That is reassuring," Baxter said. “And to have the study result confirm that… they were doing the right thing from the start, that makes patients smile.”

For years, many HIV advocates pushed for immediate treatment. The National Institutes of Health-funded study has proved them right.

RELATED STORY: 'Truvada Whore': taking the sting out of stigma

The change of thinking comes after an international clinical trial that opened in March 2011 and included more than 4,500 participants from 35 countries. Researchers announced last month they were stopping the trials earlier than the planned 2016 end date because results showed conclusively that antiretroviral treatment started immediately upon HIV diagnosis suppressed the disease’s progression, prevented serious complications and helped stem its spread to others.

The trial separated patients into two groups: those that started treatment immediately and others who would wait until their blood counts declined to a certain point. Participants did not know which group they were in. Now, all patients who were enrolled in the study were encouraged to start treatment, Baxter said.

“There is still that piece of the old days where you took whatever the medication was and it made you sick for the most part,” said Benitez. “That is what people remember.”

Now, patients can take fewer pills – from as many as 15 to as few as one since the late 1980s, health experts said. The side effects have declined as well, Benitez said.

“In the year ending March 2015, 91 percent of patients in the city-funded system of care were prescribed [antiretroviral treatment],” said Jeff Moran, spokesman with the Public Health Department. Philadelphia's district health centers and about 20 other facilities provide care to about 75 percent of HIV-positive people in the city.

Benitez said Philadelphia has a good network in place to provide treatment for those with HIV. Health insurance usually covers the cost and for the uninsured, there are groups that can help individuals sign up for government benefits or otherwise supply the cost of the drug.

The major challenge is reaching everyone with the right information, Benitez said.

He said some infected with HIV don't know it, which makes it more likely they will spread the disease. Therefore, more routine testing for HIV is needed. He also said those who engaged in high-risk activities should consider taking Truvada, a new drug that can prevent HIV infection.

While the U.S. Department of Health and Human Services recommends immediate treatment, the World Health Organization does not. It currently calls for blood counts to be measured and treatment started only after the disease progresses, but it will meet soon to consider new standards, according to the New York Times.

A woman gives water to an HIV patient receiving antiretroviral treatments at a HIV/AIDS Care Center on the outskirts of Yangon, Myanmar, in November 2014. The World Health Organization currently delays the start of HIV treatment but it will meet soon to consider new standards. (Khin Maung Win, File / AP)

Internationally, millions with HIV are not on the drug, according to the Times and funding to provide everyone with an antiretroviral regiment would require billions in additional funding.

The newspaper said of nearly 32 million people worldwide with HIV, 62 percent were not undergoing antiretroviral treatment.

Figuring out how to close that gap will be a major hurdle.

“Now, it is up to policy makers, it is up to government officials to implement the new recommendations,” Baxter said.