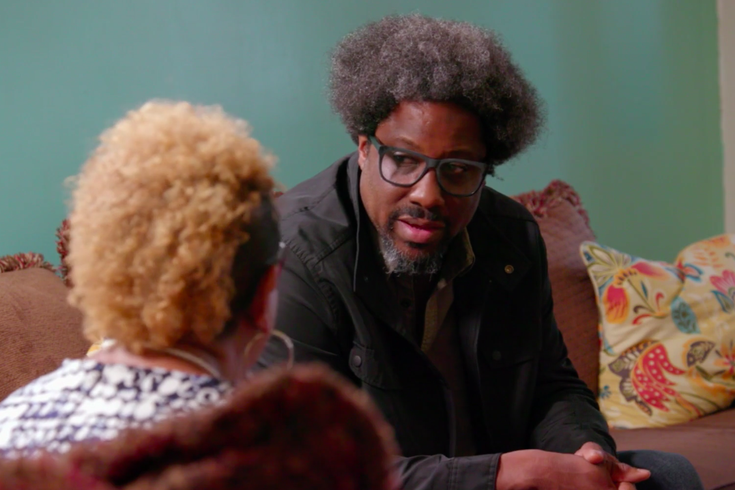 Television host W. Kamau Bell received a foul introduction to Chester on the most recent episode of CNN docuseries "United Shades of America."

Riding alongside Zulene Mayfield, an environmental rights advocate, Bell caught a strong whiff of the Covanta incineration plant, the largest in the United States.

"It's nauseating," Mayfield said. "You will feel it in your throat, in your eyes, every membrane that you have. Welcome to Chester."

"The fact is, kids, whether you live in rural, urban or suburban America, man-made disasters are becoming more common," Bell said. "And while many of these issues, of course, affect people of all races, it's not surprising that in America, native people, black people, Latino people and other people of color – we tend to get it the worst."

Bell toured Cassidy Elementary in West Philadelphia, considered one of the most toxic public schools in the city due to elevated lead and asbestos levels. The School District of Philadelphia is building a $30 million facility to replace the school.

He also met with a pair of Philadelphia Inquirer reporters who exposed widespread lead poisoning in the city and a pair of families whose children have experienced adverse health effects.

The city once had 36 lead smelters, including 14 in the River Wards, where lead pollution is particularly egregious, Bell reported. Every year, some 2,700 Philly children test positive for elevated blood lead levels.

Bell spoke with one family whose 10-year-old boy, Jalen, has a blood-lead level of 29 µg/dL (micrograms per deciliter) – way higher than the city's safety threshold of 10 µg/dL. He suffers from developmental delays that his family fears could prevent him from landing a job.

In Chester, Bell toured the Covanta incineration plant, one of four industrial plants in the city. Every day, trash is shipped there via truck and train from all across the northeast region. He also met with a pair of environmental activists, including Mayfield.

Bell noted that the Chester companies mostly comply with federal regulations and are assessed fines when they don't. But he also noted that many Chester residents have suffered from asthma, lead poisoning and other health issues related to pollution. The city's life expectancy is 69 years – nine years below the national average.

Subscribers can stream the episode here and on the CNNgo app.