Colon cancer rising among millennials – but doctors aren't sure why

Research is 'very much in its infancy' as to the cause 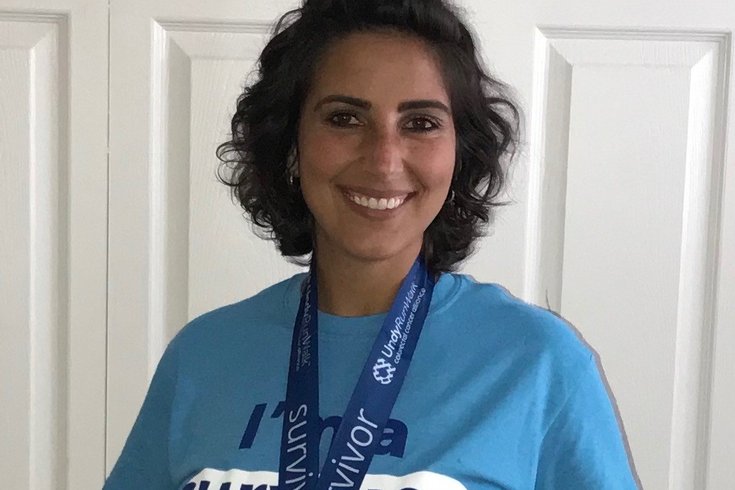 Nicole Obenski, 34, of Philadelphia, survived colon cancer – only to have it return in December. She urges people to consult with a doctor if they notice any changes in bowel habits or blood in their stool.

Nicole Obenski knew she was at higher risk for colon cancer as someone who suffers from colitis, a chronic inflammatory bowel disease.

But the Philadelphia resident never figured she would be diagnosed with colon cancer at such a young age.

"I always thought to myself, if I get it maybe I'll just be 60 years old," Obenski said. "I never thought it would happen at 31. It just makes me very sad and frustrated because I know what all of this entails and how it just completely crushes you and how it changes your entire world. I don't want anybody to have to go through this."

The overall colon cancer incidence rate is falling in the United States, a decline attributed to increased screening rates, better surveillance techniques and greater public awareness. But research indicates higher rates among younger generations, including millennials and Generation X. And doctors are unsure why.

"We think part of it is an earlier recognition of the disease," said Dr. John Daly, a surgical oncologist at the Fox Chase Cancer Center and a board member of the Colorectal Cancer Alliance. "But it's more than that. We don't really have a good handle as to what the cause is."

In response, some organizations, including the American Cancer Society, now are recommending most people begin screening for colorectal cancer at age 45, rather than at age 50. Doctors continue to urge people to consult their doctor if their bowel habits change or if they find blood in their stool or on toilet paper – all possible colon cancer signs.

If caught early, colorectal cancer – which includes both colon and rectal cancers – can be treated with considerable success.

"One of our key messages is that you can't assume that this is nothing, that it is diet, or that you're too young to develop cancer of the colon," Daly said.

SEARCHING FOR A CAUSE

But a study published two years ago by the Journal of the National Cancer Institute identified a concerning trend by examining the incidence rate among varying age groups. Younger generations appeared to have a higher risk.

The researchers examined the medical records of 500,000 adults who were diagnosed with colon or rectal cancer between 1973 and 2013 – a 40-year stretch.

The rectal cancer rate grew by even bigger margins – 3 percent per year among 20 to 39 year olds and 2 percent among people between the ages of 40 and 54.

"The hardest thing is it's on your mind constantly. Your normal life is ripped from you. Nothing about this is normal. You struggle physically, emotionally, mentally." - Nicole Obenski, diagnosed with colon cancer at age 31

"It's a fascinating issue, but we are very much in its infancy in trying to understand if it is the case, trying to understand why that is the case and appreciate the implications from a clinical standpoint," said Dr. Anil Rustgi, chief of gastroenterology at Penn Medicine's Perelman School of Medicine. "We want to cause attention but we don't want to cause misintention."

Rustgi, a physician scientist, has published more than 200 articles on the genetics of gastrointestinal cancers.

Determining the cause of this apparent increase is "difficult to tackle," he said. For one, there aren't any longitudinal or biological studies among people under age 40. It's all observational.

There could be biological factors involved, he said. Perhaps younger patients have an inherited genetic mutation that predisposes them to colon cancer. But he said those factors take time to play out.

Until more is known, Rustgi encouraged people to follow the current screening guidelines. The U.S. Preventative Task Force recommends screening begin at age 50 in most cases.

"If there's no family history, then I don't think we're at a stage yet to make recommendations about colonoscopies for patients in their 30s and 40s," Rustgi said. "However, regardless of family history, if there are symptoms that merit colonoscopy, such as potentially blood in the stool, then that symptom should dictate what should be done. That's no longer screening. That's a symptom-based measure."

'THE DOCTOR CAN'T FIND YOU'

Colorectal cancer is the second leading cause of cancer-related deaths.

About 90 percent of those cases will occur in adults 50 and older, according to the U.S. Centers for Disease Control and Prevention. But doctors urge younger people to be aware of potential signs – rectal bleeding, abdominal pain and a change in bowel habits.

And don't be shy either, said Dr. Steven A. Fassler, chief of colorectal surgery at Abington-Jefferson Health.

Within the last month, Fassler said he has had to inform both a 33-year-old and a 41-year-old that they have cancer. That conversation is never fun, regardless of a patient's age. But he said it's difficult in a different way with younger patients.

"It is a bigger emotional tool, I think, mostly, because where you are in your life at that time," Fassler said. "This isn't on your radar. You're not set up in your life to handle this kind of thing. This is something that (they think) happens to older people."

Except sometimes it doesn't.

Now 34, Obenski was diagnosed with colon cancer in January 2017, not long after an emergency room visit revealed she had severe anemia.

Doctors bumped up her regularly scheduled colonoscopy, which colitis patients receive earlier and more frequently than the general population. They found a cancerous mass on her colon and later determined her Stage IV cancer had spread to her lymph nodes and abdominal cavity.

"The hardest thing is it's on your mind constantly," Obenski said. "Your normal life is ripped from you. Nothing about this is normal. You struggle physically, emotionally, mentally."

After eight months of aggressive chemotherapy treatment, Obenski had her colon partially removed and needed an ostomy bag. It was a rough go, she said, but she made progress.

Last March, Obenski had the remaining lesions in her liver surgically removed, revealing only scar tissue. Additional scans continued to come back clear. Obenski considered herself a cancer survivor.

Then December brought more bad news. The cancer had returned to her liver. And she had new spots on her bladder and ovaries. Now, she's back on chemo and praying to be a survivor – again.

Still, Obenski said she has gained greater perspective on life and learned how to live in the moment. For her, that has included fundraising for the Colorectal Cancer Alliance and sharing her story publicly – all in hopes that others can avoid a bout with cancer.

On Friday, the Colorectal Cancer Alliance encouraged people to dress in blue to mark the beginning of Colon Cancer Awareness Month. It's another way to help people recognize the cancer's signs.

"This is on the rise (among younger generations) and we're not sure why just yet," Obenski said. "But young people need to pay attention. Maybe if people hear my story and know that I'm not 60 or 70 years old and that it can happen to young people, maybe that will drive people to get the test that they need if they're seeing any change in bowel habits."