The broadband and video giant's service will be 3.8% more expensive, for the average customer 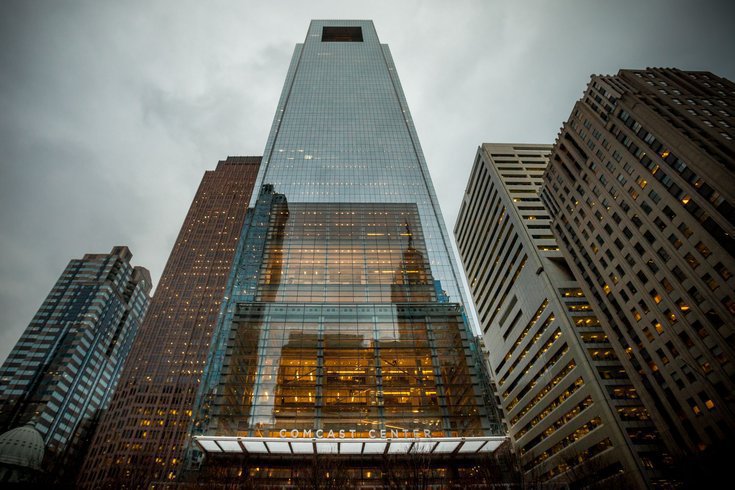 The average Comcast bill for cable TV and internet subscribers will increase due to rising broadcast and regional sports network fees.

Many Comcast cable TV and internet customers can expect increases to their bills beginning in December, as the company makes pricing changes it says are needed to cover increasing broadcast TV and regional sports fees.

The TV broadcast fee is a monthly charge for ABC, NBC, CBS and FOX. The regional sports fee covers networks like NBC Sports Philadelphia, which gives Philadelphia subscribers access to 76ers, Flyers and Phillies games that aren't on national broadcasts.

The monthly cost to rent a modem will increase by $1, from $14 to $15. Also most of of Comcast's internet packages will become, on average, $3.05 per month more expensive, with the exception of customers who have promotional packages and those enrolled in Comcast's Internet Essentials program. The low-income internet service has held steady at $9.95 per month since it launched more than a decade ago.

The increases will appear in the billing cycle that starts in the second half of December, which is when Comcast typically raises its rates each year.

Some parts of the country that Comcast serves will see much higher increases in cable TV fees.

On average, nationally, Comcast customers will see their combined cable and internet bills increase by a rate of 3.8%. That's higher than the average increase of 3% heading into 2022.

"Our national average increase of 3.8% is about half of the most recent rate of inflation," Comcast spokesperson Jennifer Bilotta said Friday.

The fees that stations charge Comcast to be included on its cable systems have nearly tripled since 2006, the company said.

"TV networks and other video programmers continue to raise their prices, with broadcast television and sports being the biggest drivers of increases in customers’ bills," Bilotta said. "We’re continuing to work hard to manage these costs for our customers while investing in our broadband network to provide the best, most reliable Internet service in the country and to give our customers more low-cost choices in video and connectivity so they can find a package that fits their lifestyle and budget."

Access to NBC Sports Philadelphia has long been a selling point for Comcast, and in order to get it, customers need to subscribe to one of the company's upper-tier packages. On Thursday, Bloomberg reported Comcast is negotiating streaming rights deals with teams and leagues to make regional sports networks available to Peacock subscribers, the streaming service of NBCUniversal, which is owned by Comcast.

A spokesperson for NBCUniversal confirmed Friday that discussions are ongoing with partners and rights holders to make NBC Regional Sports Networks available on Peacock in 2023. Information about specific markets, gating, pricing and tiering is not yet available.

Comcast has struggled over the last few years with cord-cutters, reporting a loss of 561,000 video customers in its Q3 earnings report in October, with a net loss of 1.6 million video customers during the nine months ending Sept. 30.

At the earnings call in late October, Comcast CEO Brian Roberts and president and CFO Michael Cavanaugh both said the company is focused on growing revenue per user, through a combination of rate increases and the way the company's tiered packages are structured for broadband customers.

Comcast noted that "nobody is immune" to increases in television programming costs, which get passed on to consumers. The company said Hulu+ LiveTV and DirecTV Stream each have increased in price by about 75% since 2019, while direct-to-consumer streaming services have increased an average of 28%.

Comcast also has invested nearly $20 billion over the last five years to enhance its network with faster internet speeds, WiFi and new technology in homes.

Last December, Comcast abandoned a plan that would have added a monthly 1.2 terabyte data cap for home internet users in 14 states in the Northeast and Washington, D.C. The change would have charged an additional $10 for every 50 gigabytes above that threshold, up to $100 per month. Data thresholds like this are already in effect in 27 states in Comcast's Central and Western divisions. The caps originally had been set at 1 terabyte, but were paused during the first year of the COVID-19 pandemic before rising to 1.2 terabytes.

Household internet usage has risen sharply in the last decade, driven by subscription video services, such as Netflix, and the bandwidth demands of online gaming. Average monthly use in the U.S. rose from about 9 gigabytes in 2010 to an estimated 344 gigabytes in 2020 and it continues to rise.

Before backing off the plan in the Northeast, Comcast had said that 1.2 terabytes would be enough for 21,600 hours of non-stop music, 500 hours of streaming HD TV, 34,000 hours of online gaming and 3,500 hours of video chat. The company ditched the plan amid backlash from local governments, including a call for a price-gauging investigation by Baltimore City Council. Lawmakers in Massachusetts also have explored legislation that would bar usage-based billing during public health emergencies.

Roberts noted in October that monthly internet usage is climbing even among Comcast broadband customers who don't subscribe to cable TV packages.

"On average, our broadband customers who don't subscribe to traditional video from us are already using nearly 650 gigabytes of data per month, and that's just today," Roberts said.