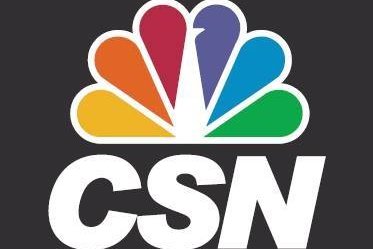 CSN is parting ways with a couple of longtime reporters.

Comcast SportsNet will no longer feature a couple of their more high-profile names, as longtime Sixers reporter Dei Lynam and longtime Flyers reporter Tim Panaccio shared on Twitter that they are leaving the network.

It's been a great run... pic.twitter.com/5d1DsP2yOb

“NBA free agency starts this week and I am now on the market,” Lynam wrote.

PART 1: The business of reporting is rapidly changing and so am I. I’m leaving CSN. (continued) ...

PART 2: Thanks to everyone at the network and, of course, the Flyers. Third period ends. Overtime next.

“The business of reporting is rapidly changing,” Panaccio said after changing his Twitter handle to indicate he’s a free agent.

Over the past year, CSN has said goodbye to some of their most recognizable faces: Neil Hartman, Ron Burke, Leslie Gudel, and now Lynam and Panaccio.

Lynam, who was recently featured on Sixers pre and post-game shows (often with her father and former Sixers and St. Joe’s coach Jim Lynam), had been with Comcast when the station was formed in 1997. Panaccio joined in 2009 after covering the Flyers for decades for the Philadelphia Inquirer.