Philly police announced there'd be no charges against the unknown person inside the Flyers mascot's costume, but the jokes keep coming 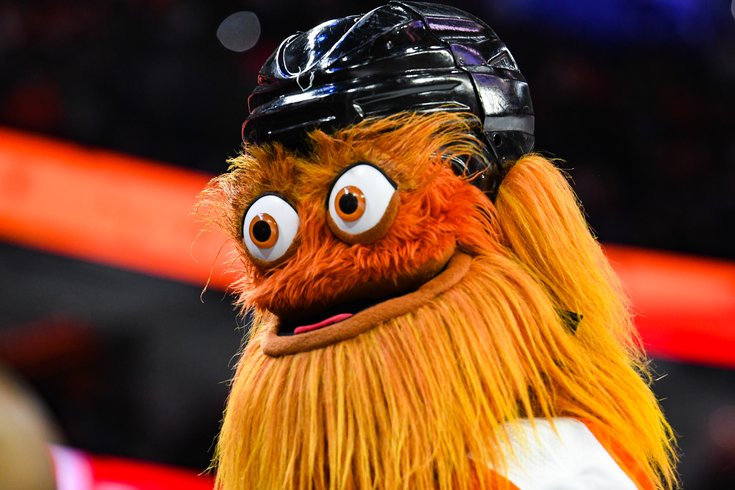 Conan O'Brien has included Gritty on his show 'Conan' before, and on Tuesday night, he poked fun at Gritty over the physical assault accusations against the Flyers' mascot.

The criminal record of the Philadelphia Flyers’ Gritty remains clean as the mascot will not face charges after the Philadelphia police investigation into a claim that he physically assaulted a 13-year-old boy during season-ticket holder event in November.

But one late night talk show host hasn’t let Gritty off the hook yet, and it’s one who has included Gritty on his show before: Conan O’Brien.

The comedian and host of “Conan” on TBS was doing the opening monologue of his show on Tuesday when he brought up the recent news of Gritty's exonerations. After mentioning that Gritty is a “friend of the show,” O’Brien brings out the orange mascot onto the stage.

For those who can’t tell or who want the truth, it’s not the actual real Gritty. The costume of the one on Conan is a bit different from the one of the hairy orange creature who calls the Wells Fargo Center home. But the Gritty clone still looks and acts almost identically to the real one.

On stage, Gritty tells O’Brien that he’s “doing great” and “truly humbled and relieved that this is all behind me.” Following the exchange, Conan queues up the Gritty look-alike to go offstage. However, Gritty keeps dancing and jumping around in typical Gritty fashion and refuses to leave the set after multiple attempts from O’Brien to have him go.

A stage manager eventually comes on to help him off, and well, this is where things get good. Watch for yourself here.

After mock beating up the stage manager and a young fan who was looking for an autograph, two police officers come to haul Gritty off the set.

It’s fair to say that the Gritty jokes will not be stopping anytime soon, even though detectives said that, in regard to the Philadelphia police investigation, "the actions of the individual portraying the Flyers' mascot did not constitute physical assault as alleged."