The incident allegedly took place at a season ticket holder photo shoot on Nov. 19 at the Wells Fargo Center 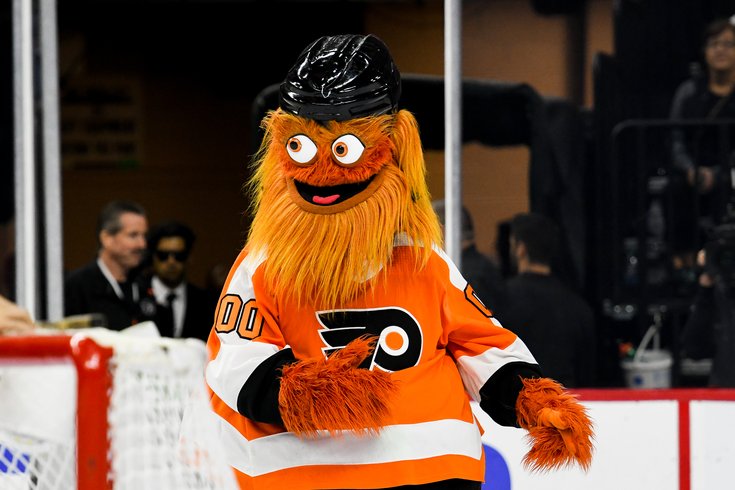 Flyers mascot Gritty allegedly punched a 13-year-old boy in the back during an event for season ticket holders..

An encounter between the Philadelphia Flyers's Gritty and a 13-year-old at an event for the team's season ticket holders reportedly has resulted in accusations that the popular, fuzzy, orange mascot punched the boy in the back.

The claim is under investigation by the Philadelphia Police Department's South Detectives Division, the Inquirer reported. The police also have confirmed to KYW Newsradio that detectives are investigating the matter.

The incident allegedly took place at the Wells Fargo Center on Nov. 19 during a photo shoot at an event for season ticket holders, according to the Inquirer. Chris Greenwell and his 13-year-old son, Brandon, of Newark, Delaware, had come to the event and waited in line to meet Gritty, the mascot who has transcended just being the face of the Flyers franchise.

According to Greenwell,  after taking their photo with the mascot, his son Brandon patted Gritty on the head. Then as they walked away, the Flyers’ mascot allegedly jumped out of his chair, “took a running start,” and “punched my son as hard as he could,” Greenwell told Inquirer.

Since then, the boy has since sought treatment from a chiropractor and Greenwell emailed Comcast Spectacor, the company that owns the Flyers.

"I know it was not correct for my son to harmlessly tap him on his head but for a Flyers employee to get (sic) throw a full punch at someone with his back turned and hurt a 13 year old boy is assault, unprofessional and unacceptable for your organization,” Greenwell wrote in the email, according to the Inquirer.

Comcast Spectacor informed Greenwell there is no video footage of the incident, according to emails between Greenwell and Comcast Spectacor, also obtained by the Inquirer. The company said that it conducted an investigation which included interviews with both Gritty and his handler, but that they couldn’t corroborate Greenwell’s story.

According to the Inquirer, Greenwell made a report to police on Dec. 21. He has not hired a lawyer at this point, but he’s getting rid of his Flyers season tickets after 22 years because of the incident.