In dire need of repairs, Route 15 trolleys to be pulled from service Sunday 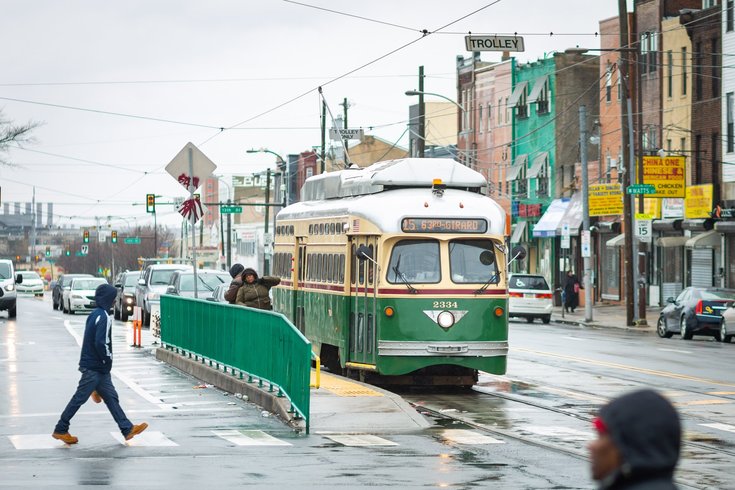 The historic trolleys that run along SEPTA Route 15 will be removed from service for at least a year. Buses will replace the trolleys, which run transport passengers from Haddington to Port Richmond. The trolleys are in need of repair.

The recognizable retro trolleys that run along Girard Avenue are going away for at least one year.

The trolleys will be removed Sunday for a variety of reasons, SEPTA officials announced on Tuesday. Among them: Only four of the 18 trolleys are capable of passing inspection, according to WHYY.

The trolleys transport more than 8,200 daily passengers on Route 15, which runs from 63rd Street and Girard Avenue in Haddington to Richmond and Westmoreland streets in Port Richmond.

Despite the needed repairs, SEPTA officials said the trolleys were slated to be taken from the tracks because a PennDot is removing a bridge along the route. They also said scheduling with trolley operators and the mixed use of buses and trolleys factored into the decision.

Buses will replace the trolleys for up to 18 months, according to The Philadelphia Inquirer. Saturday is the last day to take a ride before they are removed from service. Some residents already have been hopped aboard the trolleys for one final ride.

I rode septa trolley route 15 today cause I heard it was going outta service at the end of the week, my thread

The advocacy group 5th Square already has started a petition urging the trolley's restoration, even as SEPTA promises their return. Advocates worry about overcrowding along Route 15 since buses have less capacity than the trolleys.

This is not the first time that buses have replaced the Girard Avenue trolleys. Bus services were first used in 1992, when the trolleys were pulled for budgetary reasons. The trolleys returned in 2005, but construction forced buses to replace part of the line in 2012.

Though the current cars have the classic green and tan design from the 1940s, they were built following the 1992 suspension. SEPTA initially sought to replaced the old trolleys with "modern light rail vehicles," but eventually opted for trolleys built in the historic style.

They have been plagued by rust issues since, a member of the Transit Workers Union Local 234 told WHYY.