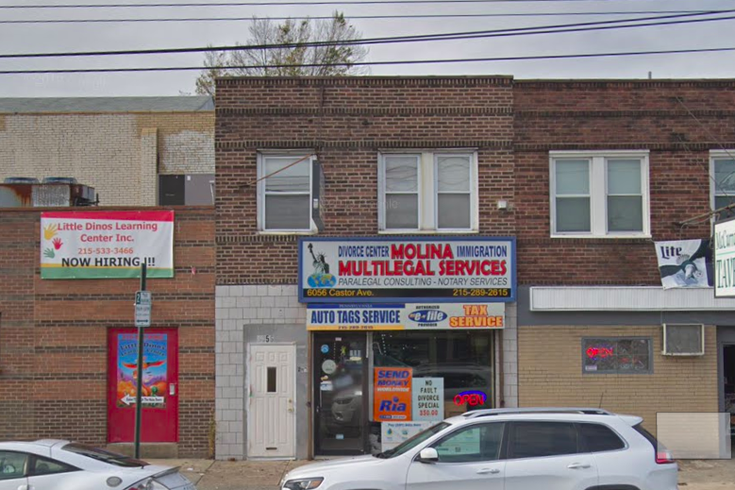 Molina, of Cherry Hill, led a scheme to defraud people pursuing legal immigration status, according to the U.S. Attorney's Office for the Eastern District of Pennsylvania.

Molina falsely advertised herself as an attorney while operating as "Ana Molina & Associates" and "Molina Multi Legal Services," prosecutors claim. When applicants came to her Castor Avenue office, Molina allegedly charged them $1,500 in registry fees and another $500 if they needed a sponsor.

A sponsor usually is a U.S. citizen who has the financial resources needed to prevent an applicant from relying on financial assistance from the federal government. But instead of finding real sponsors, Molina allegedly used the personal information, including bank statements and tax returns, of former wealthy clients – without their knowledge or consent.

Molina pleaded guilty to seven counts of mail fraud and four counts of aggravated identity theft. According to CBS Philly, Molina ripped off at least seven victims of $11,000, and faces a sentence ranging from two to 148 years in federal prison.

First Assistant U.S. Attorney Jennifer Arbittier Williams, who worked on the case, said that Molina took advantage of people trying to do the right thing by seeking lawful status.

“Her clients were from foreign countries, were unfamiliar with our laws and regulations, and trusted Molina to help them, rendering them vulnerable targets for her scam," Williams said. "We stand ready with our federal partners to investigate and prosecute fraud offenses like this one that prey on law-abiding victims.”

William S. Walker, acting Special Agent in Charge for Homeland Security Investigations in Philadelphia, said he will continue working with the U.S. Attorney's Office to prevent such scams.

"Ms. Molina was entrusted with sensitive personal information to assist her clients, and instead, chose to betray that trust and enrich herself,” Walker said.