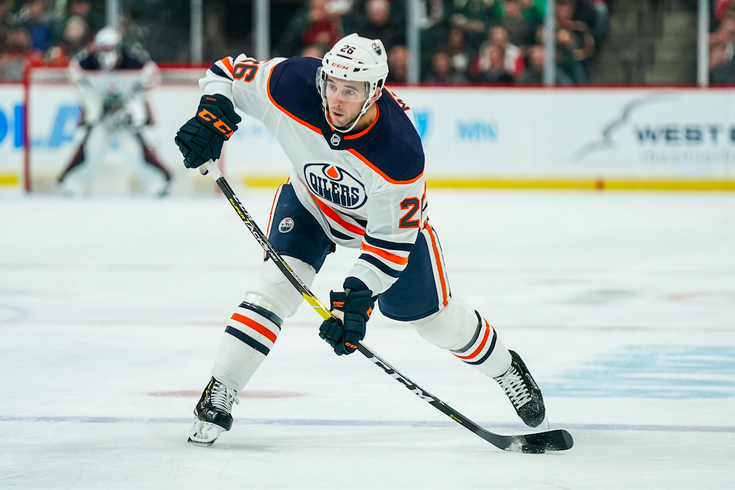 Brandon Manning, who now plays for the AHL's Bakersfield Condors, will serve a five-game suspension for using a racial slur during a game against the Ontario Reign. Manning played six seasons for the Philadelphia Flyers.

Former Philadelphia Flyers defenseman Brandon Manning will serve a five-game suspension for using a racial slur against an opponent during an AHL game on Monday night, the minor league hockey office announced.

Manning, 29, currently plays for the AHL's Bakersfield Condors, who are the minor league affiliate of the Edmonton Oilers.

During a game Monday night against the Ontario Reign, Manning directed a racial slur at Reign winger Bokandji Imama, who grew up in Montreal after his parents immigrated from the Democratic Republic of Congo.

Brandon Manning got ejected after an “altercation" with Bokondji Imama, whose parents immigrated to Canada from Democratic Republic of Congo, per @edmontonjournal. So that gives you an idea of what Manning said. pic.twitter.com/dEeEihdbd6

Manning was ejected from the game during the second period following an altercation with Imami.

Manning later issued a statement of his own through the team.

Manning spent the first six seasons of his career with the Flyers before joining the Chicago Blackhawks as a free agent in 2018. He was later traded to Edmonton, where he has gone between duty for the Oilers and Condors.