The former Nats closer, who last pitched for the Reds in 2017, will head to camp on a minor-league deal with a chance to earn a roster spot in Philly 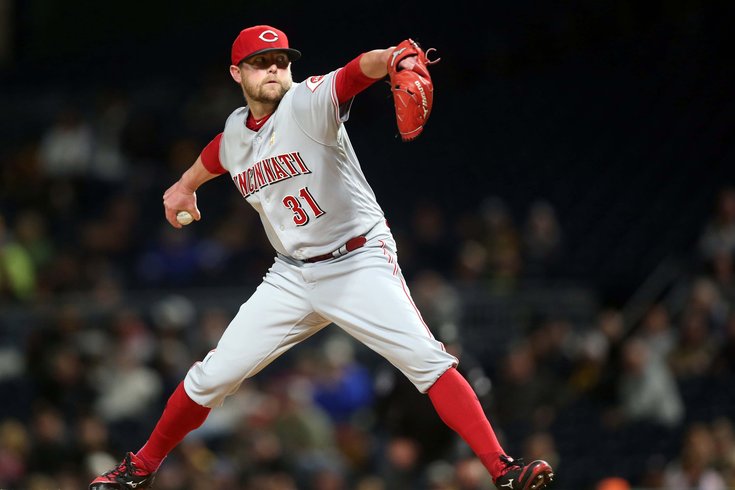 Drew Storen could be a useful veteran option for the Philllies.

UPDATE [Wednesday, 2:53 p.m.] — The Phillies have made official all four of their reported signings over the past 36 hours, including the Drew Storen deal, as the team prepares for spring training, which kicks off next month in Clearwater, Fla.

The time is ripe for the Phillies to make some moves in the margins, with spring training set to begin in less than a month. And the squad did just that Tuesday, signing Drew Storen to a minor league deal.

Veteran reliever Drew Storen signs a minor-League deal with the #Phillies and invite to big-league training camp. The former #Nats closer will earn $750,000 if he’s on Phillies’ major-league roster.

The inclusion of a little incentive for the 32-year-old could be a vote of confidence for the one-time closer, who is fresh off of his worst showing in eight MLB seasons (in 2017, the last time he pitched).

Storen is known by most Phillies fans due to his time in Washington. In six years with the Nationals, Storen saved 95 games with a 3.02 ERA during his time there. After so-so appearances with the Blue Jays, Mariners and Reds, Storen was shut down to undergo Tommy John surgery at the end of 2017. He attempted to make it as a Royal in 2019 but didn't make the cut.

While there is no guarantee he will ever return to his 2011 form, a year that saw him earn 43 saves, there is certainly room in the pen for an experienced arm.

Here's a look at the options Philly will be selecting from to create its bullpen:

The Phils will be taking eight or nine of the above hurlers — including now Storen. You'll notice just Hector Neris has more than 300 innings as a reliever (Adam Morgan and Nick Pivetta have mostly started). Storen has 440.1 career innings pitched in relief. Having experience like that could be a big lift.

He'll be looking to prove it in Clearwater, and perhaps his experience can trickle down to help many of the young arms looking to compile the majority of Philly's pen.