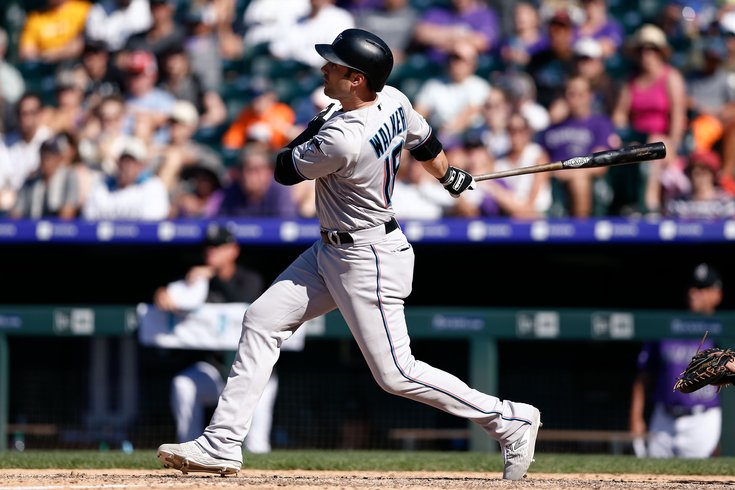 Neil Walker will join the Phillies in Clearwater next month.

UPDATE [2:51 p.m.] — The Phillies have made official all four of their reported signings over the past 36 hours, including the Neil Walker deal, as the team prepares for spring training, which kicks off next month in Clearwater, Fla.

The Phillies bench options were looking a little thin as the team prepares to head south and begin spring training in a few weeks.

But accord to MLB.com's Mark Feinsand, reinforcements look to be on the way with the team signing Neil Walker:

Per source, INF Neil Walker has agreed to a minor league deal with the Phillies. He will be in big-league camp.

Walker is a well-tenured big leaguer, a one-time Silver Slugger who has played at least 110 games in 10 straight seasons. He likely has the bat skills to start, boasting a .267 career batting average and 149 homers.

He was a core part of the Pirates half a decade ago, and will re-join former teammates Andrew McCutchen and Josh Harrison in Philadelphia this season. After seven years with the Pirates, Walker hopped between four teams over the last five seasons, including the Mets and Yankees.

Last year in Miami, the 34-year-old played first, second and third base and hit .261. He started 82 times, most of them at first.

Walker is obviously blocked at first by Rhys Hoskins, blocked at second by Jean Segura and probably blocked at third base by Scott Kingery — but the Phillies in recent years have shown they value versatility, and Walker looks slated to be the DH against American League teams, the first bat off the bench and a utility man who can fill in wherever the Phils need a fill-in.

Back in December we took at look at who we thought would make the 26-man roster, and we surmised the team would have a five-man bench. Our guess then was that Andrew Knapp (C), Roman Quinn (OF), Jay Bruce (OF) and Josh Harrison (INF) would join a fifth, yet-to-be signed player.

It appears Walker will be that man.