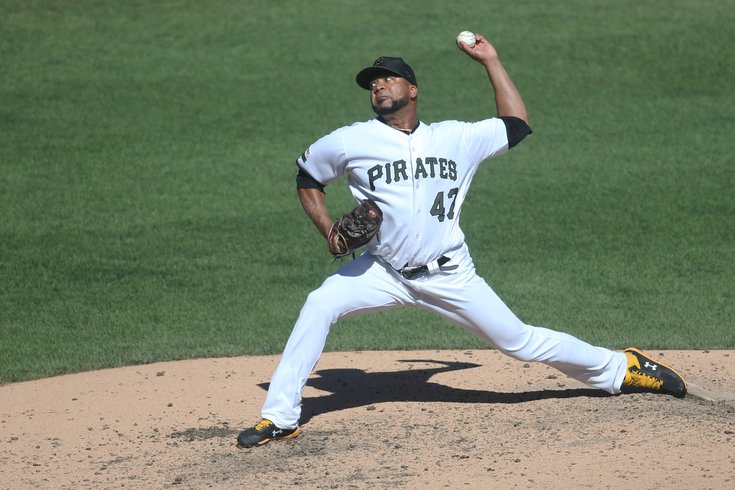 If Francisco Liriano makes the roster, he will be starting his 16th MLB season in 2020 with the Phillies.

UPDATE [2:49 p.m.] — The Phillies have made official all four of their reported signings over the past 36 hours, including the Francisco Liriano deal, as the team prepares for spring training, which kicks off next month in Clearwater, Fla.

The Philadelphia Phillies are reportedly “close to a deal” with veteran pitcher Francisco Liriano, according to Jon Heyman of MLB Network.

The 36-year-old lefty will reportedly sign a minor league deal with the Phillies worth $1.5 million with $1.25 million in incentives, according to Robert Murray.

Liriano, who will be invited to spring training in Clearwater next month, has transitioned from the starting rotation to the bullpen in his 15-year career. Liriano has won 112 games in his career, totaling 1,814 strikeouts and a 4.15 ERA.

Liriano began his career with the Minnesota Twins, where he was an All-Star in 2006 and pitched a no-hitter in 2011. He has also pitched for the Chicago White Sox, Pittsburgh Pirates, Toronto Blue Jays, Houston Astros, and Detroit Tigers in his career.

Liriano went 5-3 with a 3.47 ERA in 69 appearances out of the bullpen for the Pirates in 2019. Liriano totaled 70 innings last season in Pittsburgh with 63 strikeouts.

The signing of Liriano is just the latest in a series of moves by the Phillies to bolster its bullpen along the margins ahead of the 2020 season. Philadelphia signed veteran reliever Drew Storen to a minor league deal and invited the former Washington Nationals’ closer to spring training next month. The 32-year-old will earn $750,000 if he makes the big league roster.

The Phillies also signed veteran right-handed pitcher Bud Norris to a minor league contract on Tuesday, according to Murray.

Philadelphia also added veteran infielder Neil Walker, according to Mark Feinsand of MLB.com, to help bolster the bench and lineup. The 34-year-old Walker signed a minor league deal and will also receive an invite to spring training.