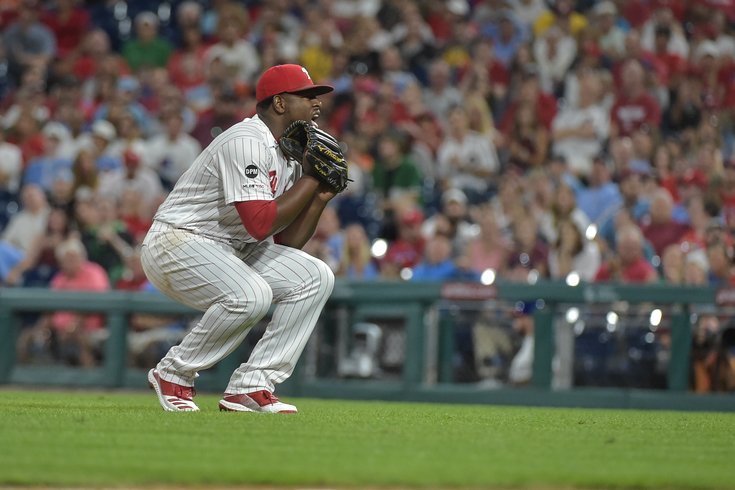 The Phillies bullpen in 2019 was an adventure.

The unit wasn't the worst, but it wasn't very good either. Their ERA was 16th of 30 teams (4.36) and opposing batters hit .258 off them (24th). Also in the friendly confines of Citizens Bank Park, they surrendered 102 homers in relief, the eighth most in baseball.

The pen did, however, have ridiculous injury issues to contend with all season long. Of 22 players who spent time on the injured list, 13 of them were relief pitchers. And because of that, they tore through their bullpen reserves and then some last year.

With the starting rotation looking better in theory — Zach Wheeler is its only new member — the pen will still be incredibly consequential in 2020 as the bottom of the rotation remains rampant with question marks.

The good news — well, good if you want a new-look bullpen — is that there will be considerable turnover. In addition to David Robertson likely missing all of 2020 due to last year's elbow surgery, 13 pitchers who appeared in relief at some point last year are no longer with the club (such as Tommy Hunter, Pat Neshek, Mike Morin and others).

If you include pitchers who the Phillies will give a chance as starters in a primary role, like prospect Adonis Medina and Nick Pivetta, the team currently has 19 relievers on its 40 man roster, vying for what will likely be an eight-man bullpen (with rosters expanding to 26).

Here's a look at who the Phillies would have to choose from if the season started today:

The players in italics have not made an MLB appearance yet (and the asterisks are lefties), but they are members of the 40-man roster — which is a vote of confidence from the front office, implying they are worthy of being protected from the poach of other teams. We included their minor league statistics.

The first thing that is noticeable is the lack of overall experience for the Phils potential relievers. Four hurlers have 300 or more innings in the big leagues, but much of Pivetta and Morgan's experience comes from starting games. There aren't many veterans with track records to lean on, so the Phillies will embrace the youth after getting burned (mostly by injuries) on expensive older relievers last year.

It is anyone's guess as to whether new manager Joe Girardi will continue the closer-by-committee approach used by his predecessor (he won't have a Mariano Rivera-type here to make it easy on him).

There also will be eight non-roster invitees pitching in spring training — none of whom has MLB experience. If the Phillies decide to roll with one of the eight players we are about to mention below, they'll need to open up spots for them both on the 40-man roster and 26-man active roster:

The numbers for these guys look a lot better because they've been mostly unchallenged at a higher level. Rosso, Jones and Howard are all primarily looked at as starters, but these prospects will all have a wide open opportunity to play their way onto the team.

Just for fun, we're going to try and create the bullpen based on what we know about the arms competing a month from now when camp begins.