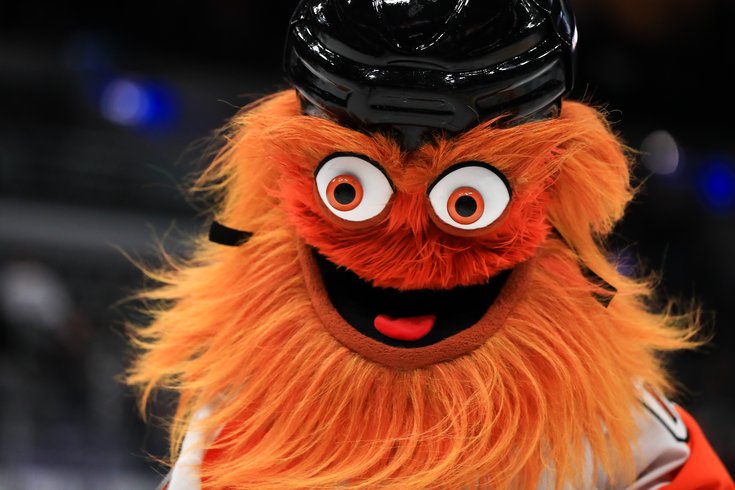 Gritty is in hot water right now after allegedly punching a 13-year-old boy in the back.

“Saturday Night Live” could not pass up the opportunity to make fun of Philadelphia Flyers’ mascot Gritty on Saturday night after it was reported earlier this week that the orange fuzzball allegedly punched a 13-year-old boy in the back.

The joke came up on SNL’s “Weekend Update” segment, which is hosted by comedians Michael Che and Colin Jost. After introducing the story during the segment, Jost then delivered the joke.

“I just can’t picture Gritty doing something like that,” Jost said. “I mean, look at him. He wouldn’t punch a kid in the back. He’s more of a ‘leap out of the shadows and stick you with a syringe’ kinda guy.”

Here’s the clip below, courtesy of Twitter user @aec_hamilton.

The Flyers’ mascot is currently under investigation by the Philadelphia police after allegedly punching 13-year-old Brandon Greenwell of Newark, Delaware in the back at a season ticket holder event at the Wells Fargo Center this past November.

The incident reportedly took place following a photo shoot when Greenwell tapped Gritty on the head. It then lead the Flyers’ mascot to allegedly jump out of his chair, run after the boy, and punch him in the back.

Greenwell’s father, Chris, reported the incident to the police on December 21st. He has yet to hire a lawyer, but Greenwell is planning to drop his Flyers season tickets after 22 years.

Comcast Spectacor, the company which owns the Flyers, informed Greenwell that there is no video footage of the incident, according to emails between Greenwell and Comcast Spectacor. The company said that it conducted an investigation which included interviews with both Gritty and his handler, but that they couldn’t corroborate Greenwell’s story.