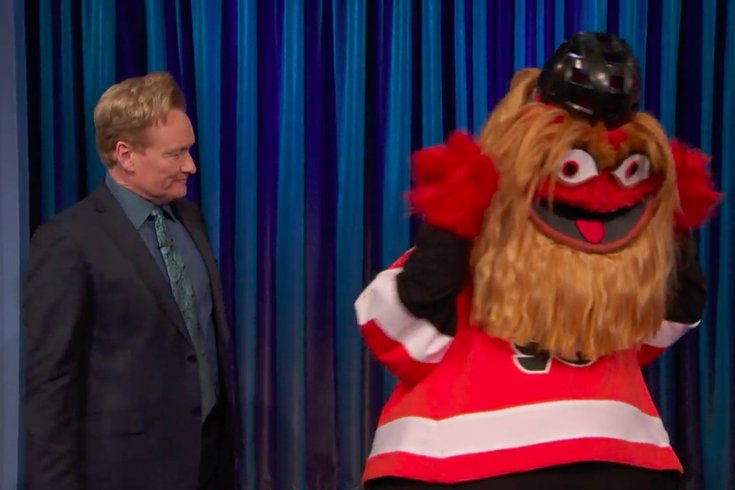 Gritty removes his mask to reveal the man behind the mascot on "Conan."

In the mere 10 days since the Philadelphia Flyers' mascot Gritty has existed, he's already managed to launch a thousand memes, be the face of an anti-Trump protest, and either appear on or be referenced to on most late-night comedy hours.

What unchartered territory is left? Conan O'Brian figured that out Wednesday night when he invited the mascot to "Conan" and sought to learn more about the person behind the mask. What's their story? How did they get the gig? What do they even look like?

Take a look at the clip below for the full reveal.

Juuuust in case you can't tell ... this Gritty, much like the one that appeared earlier this on "Last Week Tonight," is a fake. The real deal did appear on "The Tonight Show Starring Jimmy Fallon," though we can't blame the imposters for trying – imitation is the sincerest form of flattery.