Trump visits Philly, and Gritty becomes a symbol of the protest

It seems like there's nothing Gritty can't do these days 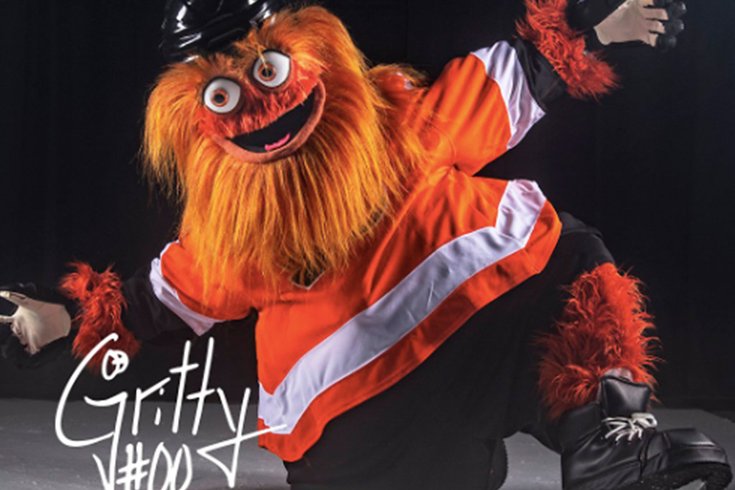 Gritty, the Flyer's new mascot, was the adopted face of Tuesday's protest against President Donald Trump in Philadelphia.

Warning: explicit language is used in images throughout this story.

Like Trump's previous visits to the city, protests were plentiful.

And among the throng of protesters, a common symbol kept popping up: the Philadelphia Flyers new mascot and all-around weirdo, Gritty.

Here’s the sign I made for the Trump protest in Philly today pic.twitter.com/gKi2zsDEbA

The mascot has gripped sports fans and general zeitgeist consumers alike after being unveiled on September 24, and now he’s somehow been rolled into residents’ protest tactics, joining the hooded women from Hulu's "The Handmaid's Tale."

How this happened is anyone’s guess, but it seems like Gritty is having his “Welcome to The Resistance” moment as we type.

— Toomey will vote for the attempted rapist (@ToomeyMemes) October 2, 2018

A protest against Trump’s visit to philly is about to take the streets led by Gritty. “Fuck Trump, Fuck Pence, Fuck Your Wall and Fuck Your fence.” pic.twitter.com/r7Vf5wslF6

A gritty suit for every Philadelphia resident so when we want to protest scum people coming to our city, we’re a giant unified googly-eyed front

Somehow, this Pittsburgh Twitter user saw Gritty’s political turn coming from the very day Gritty was introduced to the world:

Why Gritty is the Resistance Hero America Needs Right Now

Of course, maybe we should’ve seen this as inevitable after he showed up on John Oliver’s “Last Week Tonight” to portray Supreme Court nominee Brett Kavanaugh, complete with a Bud Light.

Where will Gritty end up next? It’s almost impossible to predict.

As for his actual whereabouts on Tuesday afternoon, Gritty was… occupied.