Gritty will not be charged with assault stemming from claim he punched 13-year-old, police say

Boy's father alleged the encounter with the Philadelphia Flyers mascot occurred at an event in November; cops say what happened 'did not constitute physical assault' 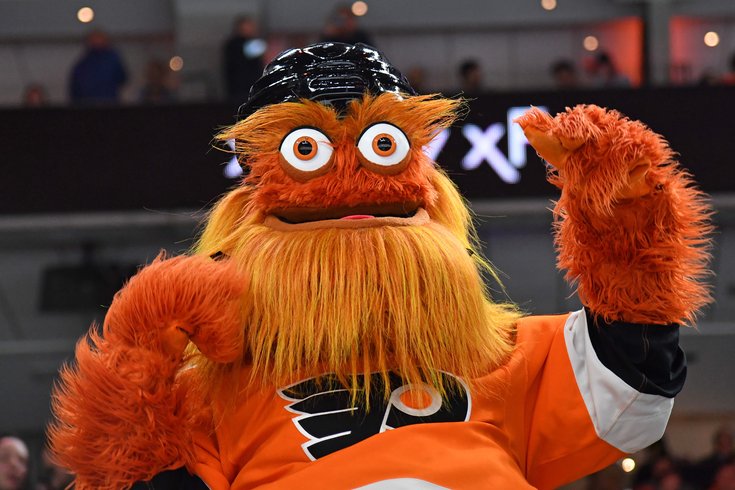 The person who portrays Philadelphia Flyers mascot Gritty will not face charges stemming from a complaint filed with police that he had punched a boy during an autograph session in November. The Philadelphia police announced Monday they investigated the claim and the actions 'did not constitute assault as alleged.'

Gritty will not face charges stemming from a father's claim that the popular Philadelphia Flyers mascot had punched his 13-year-old son, Philadelphia police said Monday.

The department's South Detective Division investigated the incident, which reportedly took place at Wells Fargo Center on Nov. 19. Detectives concluded that "the actions of the individual portraying the Flyers' mascot did not constitute physical assault as alleged."

The Flyers released a statement saying they were pleased with the conclusion of the investigation and the its results matched the team's own internal investigation, finding "no evidence of the described actions ever having taken place."

#Flyers statement: “We are pleased that the Philadelphia Police Department concluded there was no merit to the alleged claim. The police department’s statement confirms our thorough internal investigation that found no evidence of the described actions ever having taken place.”

The assault allegations were filed in a complaint to police in Dec. 21, more than a month after it was purported to have happened. Chris Greenwell, and his son, Brandon, 13, of Newark, Delaware, claimed that Brandon had been "physically assaulted" by the Flyers' employee dressed as Gritty while meeting the mascot at an event for season ticket holders.

Greenwell and his son had attended the Gritty meet-and-greet, which included a photo opportunity with the, shaggy, orange mascot. According to Greenwell's claim his son had tapped Gritty’s head before the employee responded with “a full punch" to the boy's back.

Prior to filing a report, Greenwell said he emailed Comcast Spectator, the owners of the Flyers, and told them what happened. The Flyers reviewed security footage and found no video to support Greenwell's claim, according to emails obtained by the Inquirer.

Additional investigation by the team, including interviews with Gritty and his handler, also resulted in no evidence to corroborate Greenwell's claim.