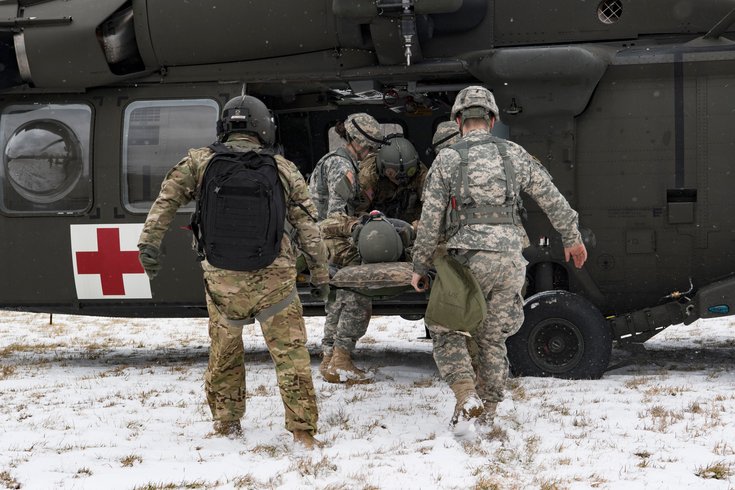 Cooper will become the first trauma center in the United States to provide training to one of the Army's Forward Resuscitation Surgical Teams (FRST), a group designed to handle resuscitation, surgery and post-operative care near the front lines of war.

The training program stems from a 2017 Congressional mandate that sought to boost the Military Health System's trauma readiness by partnering with high-volume trauma centers across the United States. Cooper will serve as the flagship site, developing a program that will expand to additional sites within the next two years.

Cooper was among 15 Level I trauma centers evaluated by the Army Medical Command last year. A second trauma center in Oregon also will providing training soon.

The Army established the program with high-volume civilian hospitals because they see more emergency care patients than Army hospitals.

Brig. Gen. Telita Crosland, the commanding general of Regional Health Command-Atlantic, called the program a "win-win" for the Army and Cooper.

"It brings highly-skilled doctors and nurses together to support patients here in the region," Crosland said in a statement. "It also allows our military medical professionals to maintain their expertise in support of military medical readiness."

As part of the program, five Army medical personnel will be fully embedded among Cooper's clinical staff for three years, during which they will receive first-hand training designed to prepare them for deployment to a combat zone.

The Army personnel will include an Army surgeon, emergency medicine physician, a nurse anesthetist, an intensive care nurse and an emergency nurse.

As a high-volume trauma center, the Camden-based Cooper is uniquely positioned to "provide the hands-on training and skills this elite team needs to help them save lives on battlefields around the world," said George E. Norcross III, chairman of Cooper's board of trustees.

Cooper is one of five hospitals that provide training to the military's Special Operations Combat Medics, a group that includes enlisted Army and Navy service members on assignment to a special operations medical position.

It also runs the Military Trauma Readiness Program, which helps military medical personnel maintain their trauma, emergency medicine and critical care skills by being in an intense clinical environment.

Full Disclosure: PhillyVoice Founder and CEO Lexie Norcross is the daughter of George E. Norcross III, the chairman of the board of trustees of Cooper University Hospital.