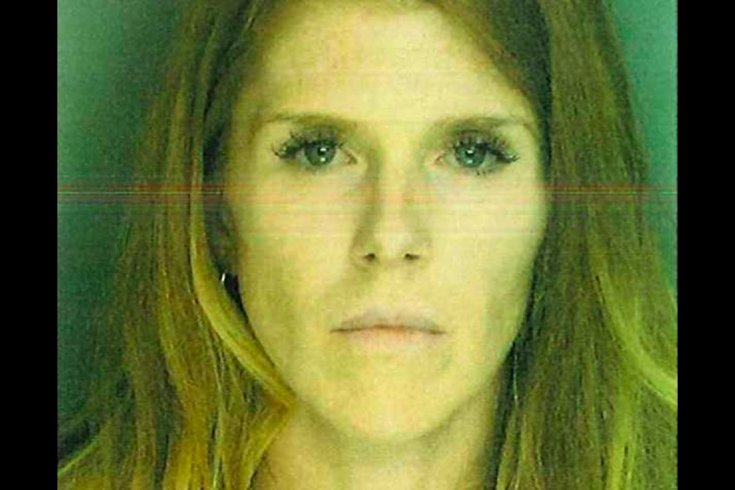 Sheri Maufort, 41, of West Chester, a substitute teacher's aide at Unionville HIgh School, allegedly had sexual contact with two students, according to authorities. One was a minor.

A teacher's aide at Unionville High School in Chester County is facing charges after investigators found she had sexual contact with two students.

Sheri Maufort, 42, of West Chester, is charged with institutional sexual assault, corruption of minors and related charges, according to the Chester County District Attorney's Office and Pennsylvania State Police.

Maufort worked for a company contracted to provide substitute teachers, aides and administrative support staff at various school districts, including the Unionville-Chadds Ford School District. She was working as a substitute teacher's aide at the high school when the alleged crimes occurred, a position she had filled on a few occasions, investigators said.

"I have said it before and I will say it again," Chester County District Attorney Tom Hogan said in a press release. "Rule No. 1 for school staff is: 'DO NOT HAVE SEXUAL CONTACT WITH A STUDENT.' If you break this rule, you will be fired, sent to jail, and never work in a school again."

The alleged encounters between Maufort and the students – both males – took place off school property and not during school hours, authorities said.

In one incident, Maufort allegedly texted a Unionville High School student – who was younger than 18 years old at the time – and told him to meet her outside his home, where Maufort picked him up and drove to a restaurant in Birmingham, Chester County, police said.

At sometime during the alleged encounter, police said Maufort's husband arrived at the restaurant and then drove the boy home.

The alleged encounter with the second boy, a student who was 18 years old, took place three weeks later, and police said it began when student saw Maufort at a party after a high school football game.

Maufort allegedly left the party in her car with the student. They parked and defendant allegedly kissed and fondled the young man, police said.

"The Unionville-Chadds Ford School District will not stand for this type of behavior," Sanville said. "We immediately reported this incident to law enforcement and are grateful for the rapid response."

It was not immediately known how the district became aware of the incidents.