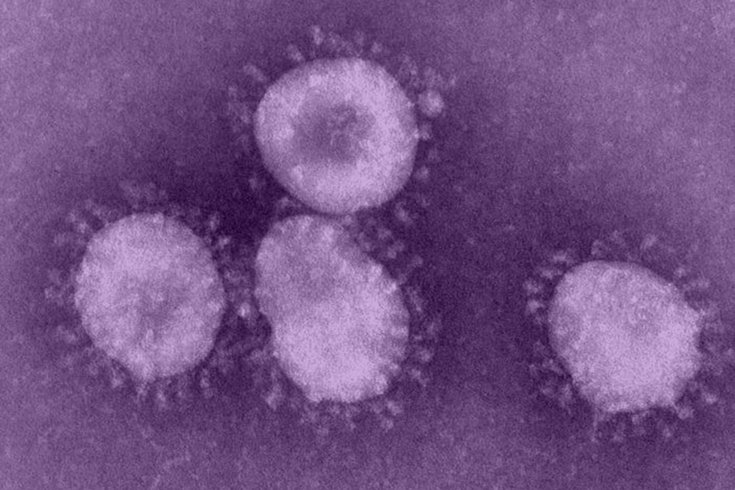 Philadelphia health officials are investigating another potential coronavirus case in the city. The news came just hours after diagnostic testing revealed a William Penn Charter exchange student did not have the novel coronavirus, which has infected more than 4,500 people in China, killing more than 100.

Read More
UPDATE, FEB. 3, 2020: A second Philadelphia patient who had been tested for coronavirus does not have the respiratory illness, according to the city's health department.

Another potential coronavirus case is being investigated in Philadelphia, according to the city's health department.

The announcement came hours after diagnostic test results revealed that a William Penn Charter School exchange student did not have the novel coronavirus, which has infected more than 4,500 people in China, killing more than 100 people.

According to The Philadelphia Inquirer, the new case involves an individual who developed respiratory symptoms while in China and sought treatment in Philadelphia.

Health officials declined to provide details on the new case, citing department policy against commenting on health-related cases under investigation.

The health department will begin providing a daily update on the number of confirmed coronavirus cases in Philadelphia, as well as those under investigation.

Spokesman James Garrow stressed that Philadelphians are at low risk of becoming infected by the coronavirus. People who have traveled to China have the greatest risk.

"The health department recommends that, as is normal this time of year, people wash their hands thoroughly, try not to touch their face, avoid contact with people who are sick, cover their cough or sneeze, and stay home when they are sick," Garrow said in a statement. "The same recommendations apply to novel coronavirus."

Local health systems say they are following guidelines issued by the U.S. Centers for Disease Control and Prevention. They are screening patients and prepared to treat patients in isolation, if necessary.

The CDC has investigated 110 possible cases reported in the United States. Only five cases have been confirmed and each of those individuals traveled to Wuhan, China, the epicenter of the outbreak. Another 32 cases have been deemed negative while the remaining 73 are pending.

U.S. health officials expect more cases to be confirmed in the days to come, but they also stressed that the general public's risk of infection remains low.

"Americans should know that this is potentially a very serious public health threat," U.S. Health and Human Services Secretary Alex Azar said at a press conference Tuesday afternoon. "But at this point Americans should not worry for their own safety. This is a very fast moving, constantly changing situation."

Due to the spreading outbreak in China, CDC officials are now urging Americans to avoid all nonessential trips to the country. Passengers are continuing to be screened at five U.S. airports.

Health officials also say they are working to get a diagnostic test in the hands of state health departments. And researchers are developing a potential vaccine that could be ready for Phase I trials within the next three months.

In the Penn Charter case, an exchange student began feeling ill shortly last week after arriving at the East Falls school. The student was among a group of 18 students and three chaperones that had boarded a connecting flight in Wuhan on their way to John F. Kennedy International Airport in New York.

Penn Charter canceled the exchange program due to concerns about the coronavirus. The group received word that the student had tested negative as it was boarding a bus headed to New York on Tuesday. The group is scheduled to fly back to China on Wednesday.