Health officials say risk of infection remains low in the U.S., but it's helpful to know the symptoms 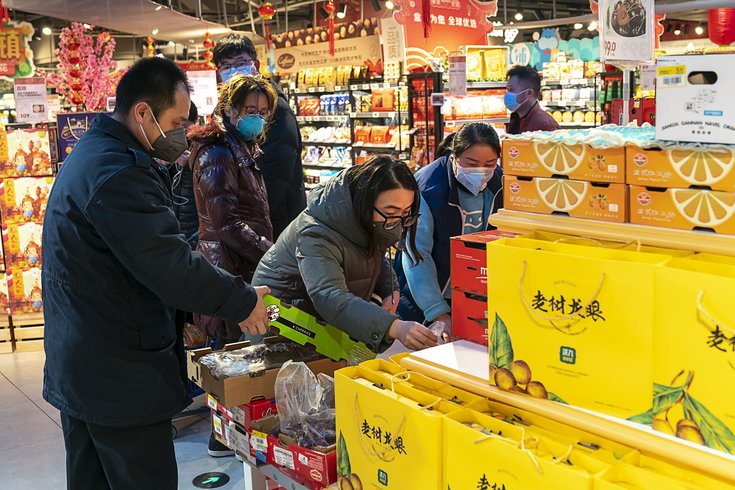 A novel coronavirus, first identified in China in late 2019, has since spread to several countries. Health officials are working to control the virus, which had killed at least 80 people in China and infected more than 2,700 by Monday, Jan. 27, 2020.

Update: This story was edited on Wednesday, Jan. 29 to reflect the latest information available on the coronavirus.

A novel coronavirus that originated in China late last year sparked global concerns that only have risen as the Chinese death toll mounts and the illness spreads to other countries, including the United States.

The U.S. Centers for Disease Control and Prevention says that the risk to Americans remains low. But officials still consider the virus a serious threat and they expect additional U.S. cases to accumulate in the days to come.

With public concerns rising, here's what you need to know about the coronavirus.

Coronaviruses are a group of viruses that cause respiratory illness similar to the common cold. Most cause mild symptoms, but some can lead to more severe illnesses, including pneumonia and other respiratory complications.

Most coronaviruses spread among animals, including camels and bats, but they sometimes evolve to infect humans, according to the CDC.

HOW DOES IT SPREAD?

Human coronaviruses are spread by close personal contact, including coughing, sneezing and touching contaminated objects and surfaces. The novel coronavirus appears first to have been first through animal sources, but is now spreading person-to-person.

Ma Xiaowei, the head of China's National Health Commission, has warned that this coronavirus can be contagious even before symptoms present, according to the New York Times. That's unlike SARS, which caused 8,098 illnesses, including 774 deaths, worldwide during a 2003 outbreak.

The CDC isn't convinced that that is the case. Dr. Nancy Messonnier, director of the CDC's National Center for Immunization and Respiratory Diseases, said officials have not seen clear evidence to indicate patients are infectious before symptoms present.

The incubation period is about 10 to 14 days.

WHAT ARE THE SYMPTOMS?

Anyone who has traveled to Wuhan – or has been near someone who has – should contact their health care provider immediately if they develop a fever, cough or shortness of breath, CDC officials said. They should report their symptoms and travel history before visiting the doctor's office or emergency department. The health care provider will then notify infection control and the state health department to ensure the right precautions are taken to prevent the virus from spreading further.

WHAT'S GOING ON IN WUHAN?

The World Health Organization was first alerted to several cases of pneumonia in Wuhan City, China on Dec. 31, 2019. One week later, Chinese officials confirmed the new coronavirus. The virus appears to have originated at a popular seafood market.

As of Wednesday, there were more than 6,000 confirmed cases in China, including 132 deaths. Earlier in the week, Wuhan announced a complete travel ban on people entering or leaving the city due to the coronavirus outbreak.

IS THE U.S. THREATENED?

As of Wednesday, the CDC had confirmed five U.S. cases of the coronavirus. All five patients had recently traveled from Wuhan, the epicenter of the outbreak.

The CDC has investigated 165 people for possible infection. Five have tested positive and 68 have tested negative. The other cases are pending.

At least 36 states had possible cases, including Pennsylvania, and the CDC and state health officials are working closely together to identify more potential cases.

The risk to the American public is still low, Messonnier, said in a recent briefing.

"Outbreaks of new diseases are always of concern – and in today's connected world, an outbreak anywhere can be a risk everywhere," the CDC said in a statement on Sunday. "Risk is dependent on exposure."

Still, the CDC is monitoring the situation very closely and will continue providing regular updates here.

SHOULD I TRAVEL TO CHINA?