Also, an explainer on mix and matching vaccines 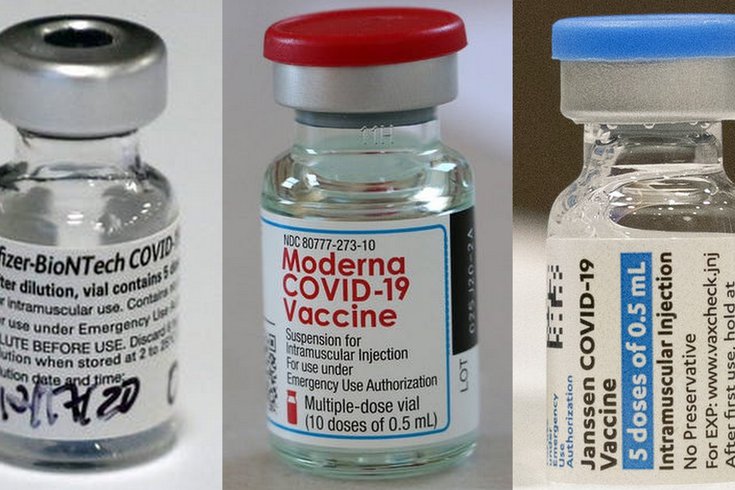 The CDC cleared boosters of the Johnson & Johnson and Moderna COVID-19 vaccines Thursday, and also approved the mixing and matching of boosters. Boosters of the Pfizer-BioNTech vaccine previously had been authorized.

COVID-19 booster shots are now available to people who received any of the three vaccines on the market – so long as they meet eligibility requirements.

The U.S. Centers for Disease Control and Prevention cleared booster shots for eligible recipients of the Moderna and Johnson & Johnson vaccines Thursday. Boosters previously were authorized for recipients of the Pfizer-BioNTech vaccine.

The CDC also authorized the use of mix-and-match boosters after a preliminary study conducted by the National Institutes of Health indicated the practice is safe. This allows people to receive a booster shot from a different vaccine manufacturer than their initial vaccine. For instance, someone who initially received the Johnson & Johnson vaccine can receive a Moderna booster shot.

Additionally, people who receive a Moderna booster shot – regardless of their initial series – will receive a half-dose. The Pfizer and Johnson & Johnson booster shots will be given in full doses.

However, the eligibility requirements regarding booster shots, particularly for people who received the Pfizer or Moderna vaccines, can be a bit confusing. There are various factors that determine eligibility – age, risk of severe COVID-19, risk of infection and the timing of the initial vaccine series.

Further research may prompt U.S. health officials to expand eligibility requirements, potentially making them less complicated. For now, it's important for people to understand whether they are eligible to receive a booster and, if so, when they can receive it and whether a particular brand is better.

Here's a breakdown of the booster eligibility requirements for each vaccine and a closer look at the early research on mixing and matching vaccines.

People who completed the Pfizer-BioNTech or Moderna vaccine series at least six months ago are eligible for a booster shot if they meet any of the following criteria:

Health officials say fully vaccinated people who do not meet the eligibility requirements are still protected against severe illness.

People ages 18 and older who received a Johnson & Johnson shot at least two months ago are eligible to receive a booster.

Which booster is best?

The NIH study on mixing and matching COVID-19 vaccines was designed to determine the safety of the practice. But the research also offered a limited look at the effectiveness of different combinations.

The biggest takeaway from the NIH study, which involved 458 participants, is that each of the vaccines serves as an effective booster dose, and they each have similar side effects. Still, different combinations boosted antibody levels by greater amounts.

For people who initially received the Johnson & Johnson vaccine, a Moderna booster increased antibody levels the most. A Pfizer booster led to the second-largest antibody increase. Another J&J shot increased them, but not nearly as much as the other two shots.

For people who received the Moderna vaccines, another Moderna shot resulted in the biggest increase in antibody levels, followed by the Pfizer and J&J shots.

For people who received the Pfizer vaccine, a Moderna booster shot led to the biggest jump in antibodies, though the Pfizer and J&J shots also increased them.

However, the study was not specifically designed to compare vaccine combinations, scientists stress. It also measured the immune response generated by the booster shots, but did not assess effectiveness against infection.