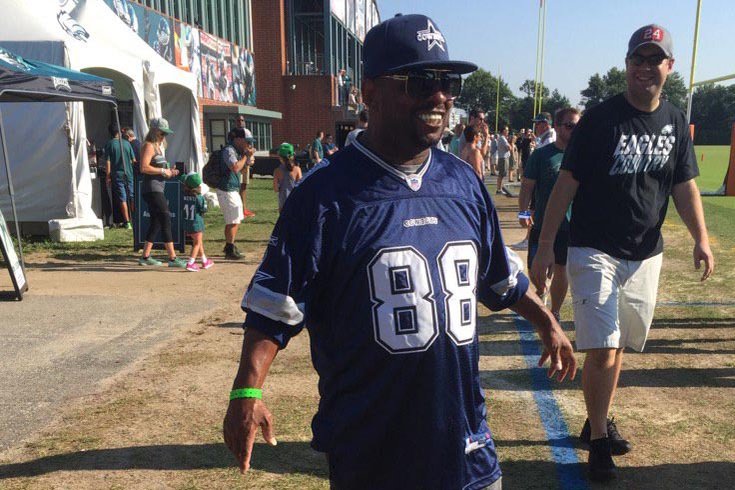 This Cowboys fan made his presence known at Eagles camp.

When heading to Eagles training camp at the NovaCare Complex, one of the last things that you expect to see is any Dallas Cowboys gear. But during Tuesday’s warm morning practice, there was a man wearing a Dez Bryant jersey standing right near the gate for everyone to see.

According to GateHouse Media's Ed Kracz, the man was told by the Eagles to take the jersey off or hit the road:

Fan in #Cowboys jersey told to leave or take it off. Team policy. Said it would be the same if it were any other team jersey too. #Eagles

Comcast SportsNet spoke with the Eagles, and the decision wasn’t based on a specific team policy more than what they determined “a common courtesy” considering the practice wasn’t open to the public (the fans at the NovaCare Complex are mostly invited season-ticket holders). The Cowboys fan, who was clearly looking to stand out, succeeded in getting the attention of former Dallas receiver/world-class troll Drew Pearson:

As for the Eagles, it would be interesting what they would’ve done if the man was wearing something totally random like, say, a Jacksonville Jaguars jersey? Would they have cared? The world may never know.