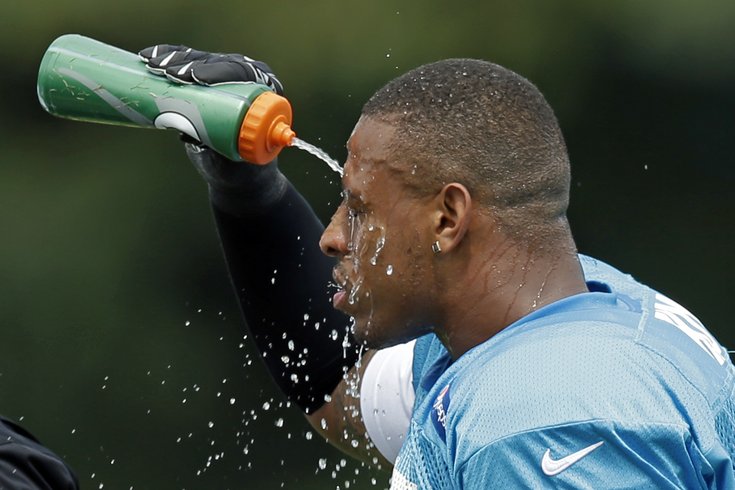 According to the Dallas Morning News, Cowboys DE Greg Hardy donated $300 for an airplane banner to be flown over Eagles training camp at Lincoln Financial Field on August 9th. The banner is in response to a GoFundMe page started by Eagles fans, who were are trying to raise money for a "We got DeMarco :)" banner to be flown over Cowboys training camp.

The Cowboys' banner has gone through several changes on what it will say. Originally, it was going to say "We got the division." Then after Hardy stepped in, he suggested that it say “WE STILL DEM BOYZ!” And finally, they landed on this:

The banner will now read: "WE STILL DEM BOYZ. #SACKSCOMING". It just feels so right.

I have several thoughts:

• Clearly this is an excellent use of money.

• Cowboys fans' originality is off the charts. 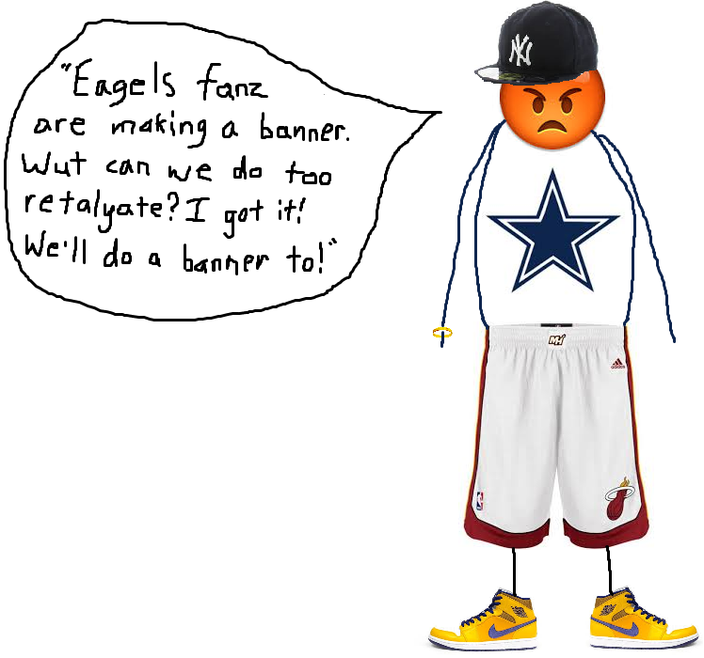 • The Cowboys' banner has several spelling and grammatical errors. If you had a teacher grade their banner, it would look like this:

• The Cowboys had 28 sacks last year, which was 28th in the NFL. I'm sure Sam Bradford is quaking in his knee brace.

• Also, in regard to sacks, Hardy is going to miss the first Eagles game Week 2. Because he's suspended. Because he beat a woman. He won't have any sacks that day.

• Here's a look at the plane the Cowboys' fans will be using to fly their banner:

• I'm told that women are gathering up money for their own banner in response to Greg Hardy's banner: