Crayola is retiring one of its crayon colors

The big reveal is Friday 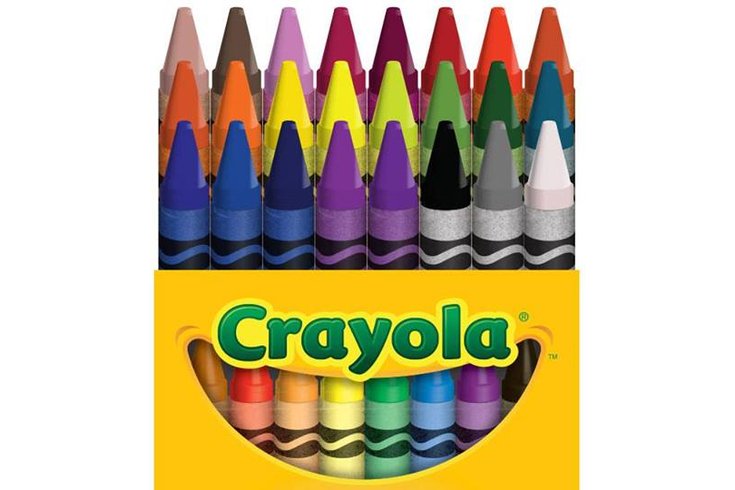 Crayola is retiring one of its signature colors.

Crayola plans to retire one of the iconic colors from its 24-count box on Friday.

But it hasn’t announced which one yet.

Instead, Crayola is asking fans to share their guesses and suggestions on which color should get the boot on social media, with the hashtag #WhosLeaving.

It will announce the out-of-work hue via a livestream on Facebook on Friday, March 31, between 8:45 a.m. and 9:30 a.m., during an event at New York City’s Times Square. Friday happens to be National Crayon Day.

(If poll is not displaying below click here to view it.)

Yellow-green: A lot of people are throwing shade at this shade. Some argue it's "useless," while one person said it reminds her of baby poop. Valid point.

@Crayola, I hope green yellow is axed. It's useless and there is already yellow green. If it's blue green I'm heart broken. #WhosLeaving

White: Others say white because, well, it's hard to see on white paper and, therefore, doesn't get much love.

Hopefully the white crayon. No one used that one anyway. It's the only one in all of my boxes that has the sharp point #whosleaving

I have been waiting 20+ years for the white crayon to be retired... it better be the one to go!! #WhosLeaving @crayola

Others are using the retirement party as an opportunity to suggest new pigments be added to the pack, though that wasn't really part of the deal.

If anything add more colors so kids can be more creative in colorful ways. #WhosLeaving

Regardless of which color goes, there is no need to feel blue or get red with rage, as the crayon color will be honored with a permanent spot in Crayola’s Color Hall of Fame.

The Crayola Color Hall of Fame is located at the Crayola Experience, formerly called the Crayola factory, in Easton, Pennsylvania, which is about an hour and a half from Philadelphia.

Plus, you can still snag a box with all 24 OGs on store shelves for now. The retirement simply means no more crayons in this color will be made.