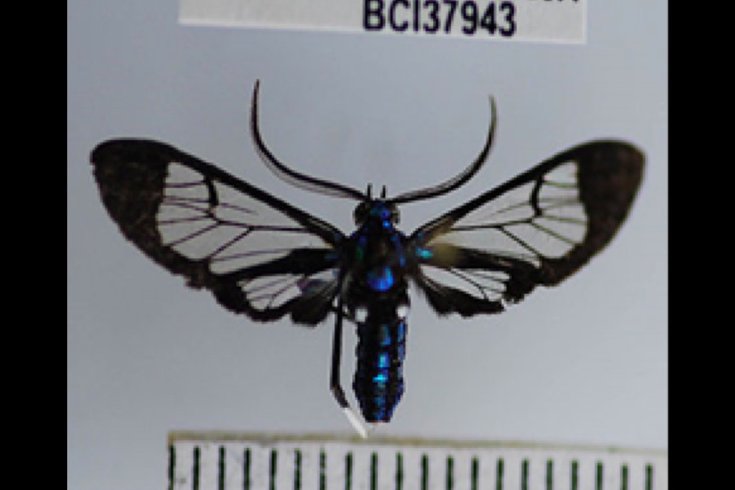 A tiger moth intercepted in a shipment of Colombian apple bananas on Aug. 8 in Philadelphia.

Federal officials announced Thursday the discovery a tiger moth in a shipment of produce at a Philadelphia seaport.

United States Customs and Border Protection (CPB) said in a release that the finding was the first of its kind in the nation. The pest was intercepted in a load of Colombian apple bananas on August 8 during a routine inspection.

The insect was sent to a Department of Agriculture entomologist, who confirmed the specimen as Cosmosoma ruatana (Erebidae). It was the first recorded case of the species entering the country.

The creatures are potentially harmful to agricultural crops, officials said.

“Intercepting destructive insect invaders at our nation’s borders, before they can threaten our agriculture industries, is of great importance to Customs and Border Protection,” said Margaret Braunstein, Acting CBP Area Port Director for the Port of Philadelphia.