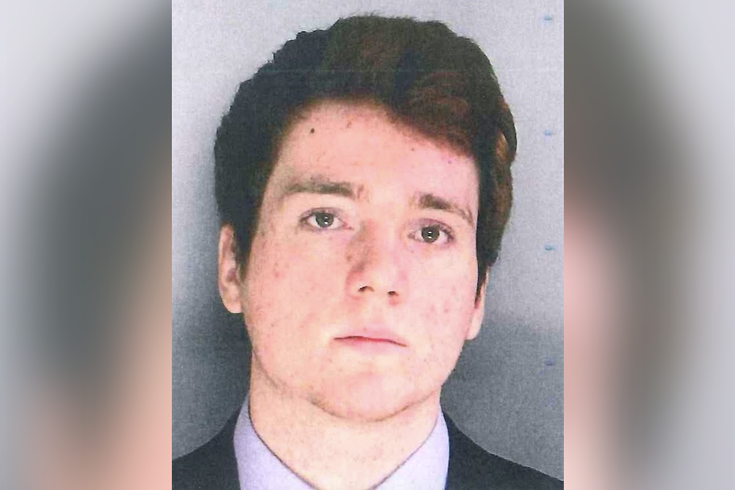 Vincent Kane, 20, of the 100 block of Sterner Avenue in Broomall, Delaware County.

On Sept. 26, according to investigators, 19-year-old Vincent Kane, of Broomall, allegedly hid a cellphone in a bathroom on Villanova's campus. The phone, discovered in recording mode, was turned over to detectives for an examination that prosecutors said turned up videos and images of upskirting victims who had been filmed at a local CVS Pharmacy where Kane was employed.

Investigators identified Kane as the alleged owner of the cellphone and approached him the next day on his way to campus from his residence. When asked about the recordings, prosecutors say Kane allegedly admitted he hid the phone in the bathroom at Villanova and that he masturbates to videos and images he has been capturing over the past two years.

A forensic examination of Kane's laptop and custom-built desktop computer — conducted with his consent — allegedly revealed that a majority of his files had been moved to an external hard drive that was later recovered from Kane's bedroom closet during the execution of a search warrant.

More than 51,000 images and videos of individuals who had been surreptitiously recorded at various locations, including a Villanova classroom and a local high school, were stored on the external hard drive, prosecutors said. Many of the videos were filmed at CVS between June 2015 and September 2016. There were also images of child pornography depicting children under the age of 12 years old, including infants and toddlers, prosecutors allege.

One female victim, approximately 12 years old, appeared more than 300 times among the images in attempts to obtain a photo up her gym shorts on June 22, 2015, according to investigators.

Kane surrendered to authorities on Wednesday and was charged with felony possession of child pornography, sexual abuse of children, criminal use of a communications facility and intercepting communications, as well as misdemeanor charges of invasion of privacy and the creation of obscene materials.

He was arraigned and released after posting 10 percent of bail set at $50,000. A preliminary hearing is scheduled for Nov. 3. If convicted, Kane faces a prison term and Megan's Law restrictions.