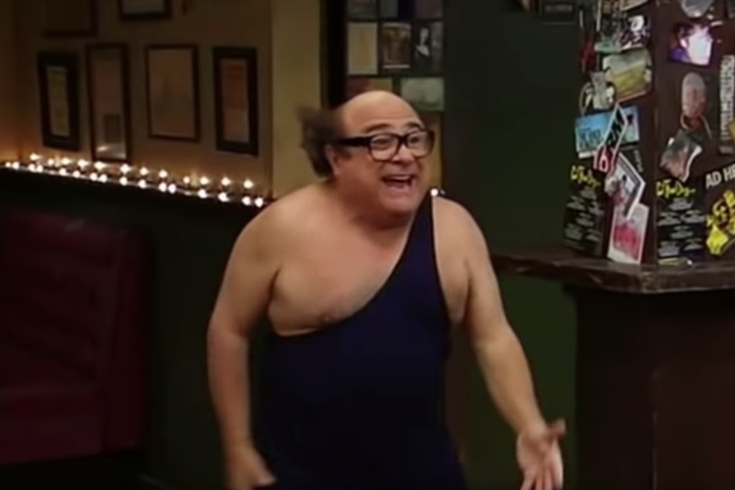 Best Of It's Always Sunny in Philadelphia/YouTube

Danny DeVito is shown here playing his character Frank Reynolds in a scene from 'It's Always Sunny in Philadelphia." DeVito will be part of the cast for the sequel to 'Jumanji: Welcome to the Jungle,' due to be released in December 2019.

If you’ve ever wanted to see “It’s Always Sunny in Philadelphia” legend Frank Reynolds sprinting through the jungle alongside Dwayne “The Rock” Johnson and Philly native Kevin Hart, your wish has been granted.

Danny DeVito, the versatile and ebullient actor who plays Reynolds on “It’s Always Sunny”, has signed on to the cast of the sequel to “Jumanji: Welcome to the Jungle," according to Variety.

DeVito will join Johnson, Hart, Karen Gillan, and Jack Black in the movie. According to a quote from Johnson in the Variety story, it seems the film — which has yet to release details about its plot — is ticketed for a Christmas 2019 release:

“The magic of ‘Jumanji’ is who becomes who. And the idea of Danny DeVito joining our cast was too irresistible and something we knew we wanted to deliver to our audience this upcoming Christmas.”

DeVito, 74, is staying exceptionally busy following the 13th season of “It’s Always Sunny”. He’ll be part of this year’s live-action “Dumbo” as the film’s ringmaster, and also feature in Disney’s “The One and Only Ivan.”

Maybe he’s been dipping into that Fight Milk.