While fifth-from-the-bottom isn't exactly an honor worth celebrating, it's certainly an "it-could-be-worse" silver lining for anyone venturing out of PHL this summer.

According to Department of Transportation data from May 2014 to April 2015 analyzed by Nate Silver (yes, that Nate Silver), the average time added to a trip was about 17 minutes flying out of PHL and 14 minutes flying into the airport. Abysmal, to be sure, but that is three fewer roundtrip minutes added onto travel time than FiveThirtyEight reported between January and December 2014. 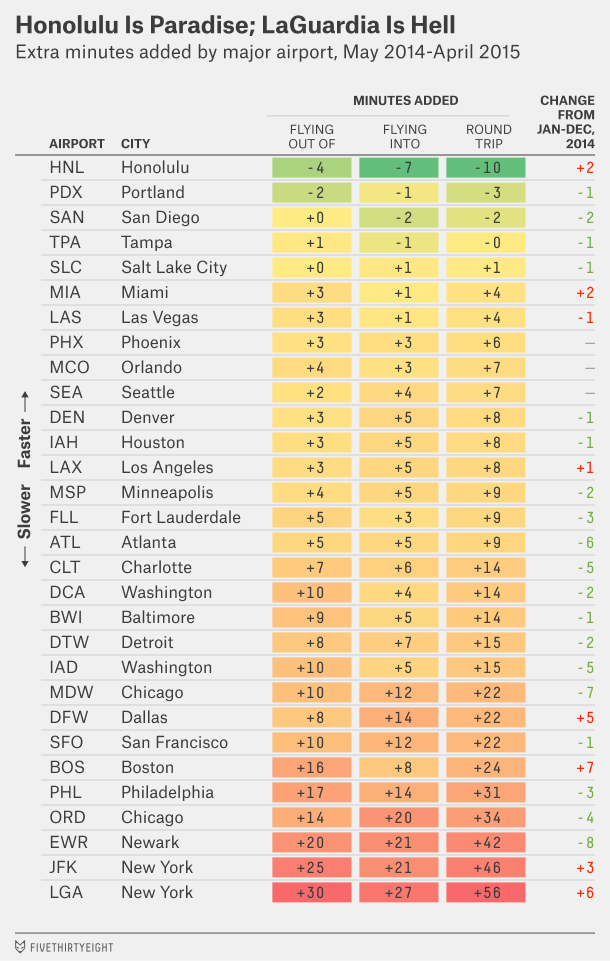 Honolulu, meanwhile, topped the list as the fastest airport in the country -- somehow subtracting a grand total of 10 minutes from roundtrip flights. Of note, though, is that many of the Top 5 airports are located in cities with predictable weather patterns (read: fewer snowstorms).

Head on over to FiveThirtyEight for the full analysis and methodology of the data, which also includes a breakdown of the best and worst airlines, as well as a nifty interactive tool that can tell you which airlines at PHL allow you touch ground at your destination the fastest.