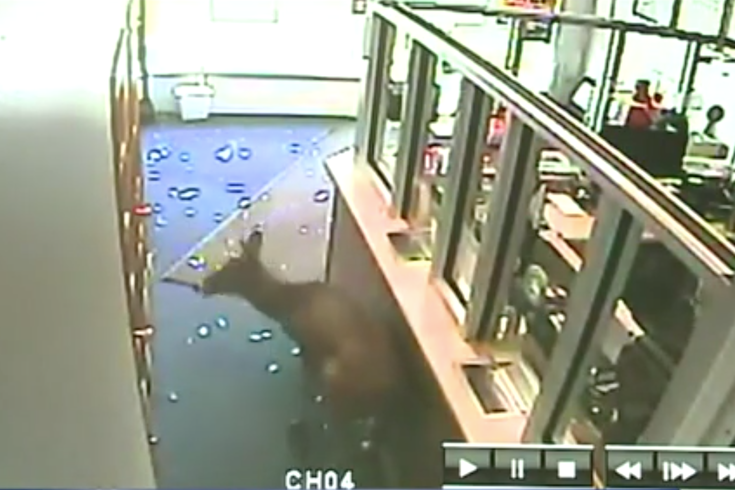 A seemingly confused deer launched itself into a Scranton-area Boost Mobile store Thursday, and proceeded to run back and forth for minutes before exiting through a different window.

Black Friday is still a month away, but one unusual holiday shopper stormed a Pennsylvania cell phone shop this week, perhaps in search of a deal -- or rather, a deer.

A seemingly confused deer launched itself into a Scranton-area Boost Mobile store Thursday, and proceeded to run back and forth for minutes before exiting through a different window.

MORE: Snail Kite, a rare South American bird, spotted in Pa. for the first time ever

The buck went crashing through the window just before 8 a.m. Thursday, according to surveillance footage acquired by WNEP.

You can watch the WNEP clip below, which features the surveillance footage beginning around the 0:30 mark:

What an inconsiderate deer!

No cell phones were damaged during the ordeal, but the shattered windows cost roughly $2,600 to repair, according to Schraud.