The Snail Kite, a rare South American bird, was spotted in Pennsylvania for the first time — ever 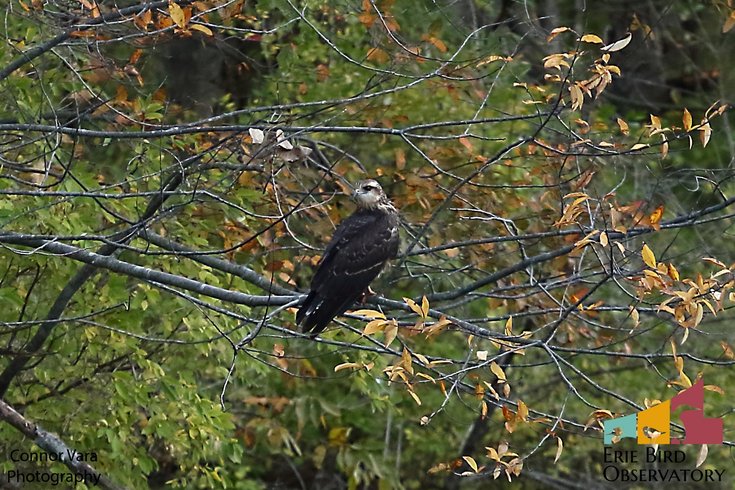 A Snail Kite, a tropical bird of prey normally seen in South America, Cuba, and Florida, was spotted in Pennsylvania for the first time ever this week.

Ongoing climate change means Pennsylvania might lose its state bird, the Ruffed Grouse, to new migration patterns, but it seems the state is working on attracting new avian visitors.

A Snail Kite, a tropical bird of prey normally seen in South America, Cuba, and Florida, was spotted in Pennsylvania for the first time ever this week.

MORE: Philly jobs are growing, but most are low paying, 2019 job report says

The bird was photographed Tuesday in northwestern Pennsylvania's Presque Isle State Park, which is situated on Lake Erie in Erie County, an unprecedented location for the species according to Go Erie.

Here's one of the only existing shots of the Snail Kite in Pennsylvania:

According to Go Erie, the bird couldn't be found again on Wednesday.

Bird Watching Magazine believes Erie is the northernmost sighting of a Snail Kite, ever, and by a considerable margin:

Yesterday, 10/22, birder Connor Vara found a Snail Kite at Presque Isle State Park in Erie, Pennsylvania. It's the northernmost record ever, and by a considerable margin. So cool! Pix here: https://t.co/eAmWOAUnzj 3/3

The Snail Kite has a highly specific diet of almost entirely apple snails, according to the National Parks Service, hence its name. The bird's Florida population is endangered, in part because degradation of the Everglades' wetlands has affected the apple snail population.

Why a Snail Kite would be in Pennsylvania is unclear. According to the NPS, Snail Kites are non-migratory birds, and according to Go Erie, the bird had only ever been spotted in two states other than Florida: Texas, and South Carolina.