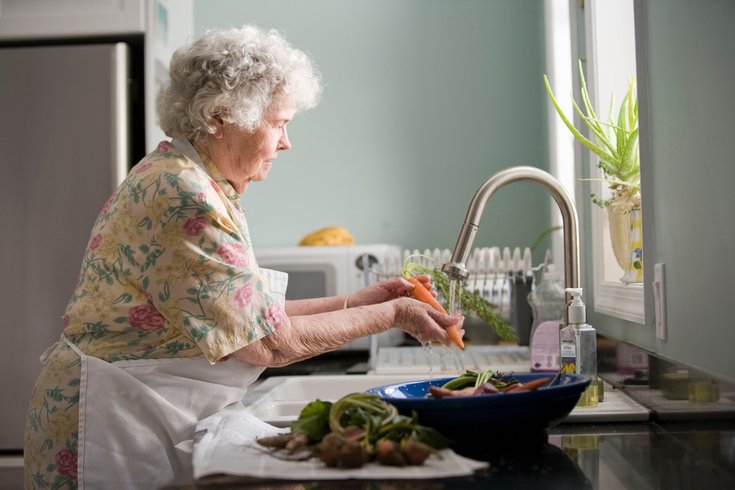 Worries about incontinence are among the various reasons seniors struggle with hydration, according to a new study in the journal Age and Aging.

Many older adults struggle to drink enough fluids to stay hydrated because of misperceptions on what constitutes healthy drinking, concerns about urinary incontinence and a decreased thirst as they age, a new study found.

Researchers used a combination of interviews and a focus group to explore why elderly people tend to struggle more with dehydration. The study, published in the journal Age and Aging, included 24 seniors age 75 or older, and nine caregivers.

"Keeping well hydrated is key to good health among older people, reducing the risk of hospital admission and other poor health outcomes," researcher Cini Bhanu, of the University College London in the United Kingdom, told Medical News Today. "However, many do not link hydration to good health and are unsure of how much to drink."

A big barrier to proper hydration among seniors is confusion on how much fluid they need to drink every day. You have probably heard the advice to drink eight glasses of water a day, but everyone's needs can differ slightly. The Mayo Clinic recommends that men need about 15.5 cups of fluids a day and women about 11.5 cups.

Additionally, many older people rely on thirst to tell them to drink, but Banu said that the "desire for liquids tends to reduce with age," but the need does not.

"Everybody tells me I should drink more," one of the female study participants said. "But to tell you the truth, I can't say I have a need to ... sometimes I force myself. Apart from taking my tablets this morning, I've had two black coffees; I haven't had any more drinks."

Some of the participants were afraid to drink too much because of bladder control issues and fear of not getting to the bathroom in enough time.

More education on proper hydration and the "poor reliability of thirst perception in later life" is needed, researchers said. They also recommended that counselors assist seniors worried about urinary incontinence to insure they are drinking enough fluids throughout the day.

Though water is always considered the healthiest drink, researchers also noted that older people can hydrate by drinking other liquids, including juices, milk and hot drinks.

Dehydration often leads to hospitalization for older adults, according to the Cleveland Clinic. The early signs of dehydration, including dry mouth, fatigue and dizziness, sometimes can be overlooked. That causes more serious symptoms like confusion, difficulty walking and a spiking heart rate .

Anne Vanderbilt, a geriatric nurse with the Cleveland Clinic, advised family members encourage seniors to drink a little bit throughout the day.

"What I often see in our advanced older adults – people in their 80s and 90s – is that they can't sit down and drink a full 8-ounce glass of water," she said. "It fills them up, causes bloating and then makes them have to run to the bathroom. So little sips throughout the day are better."