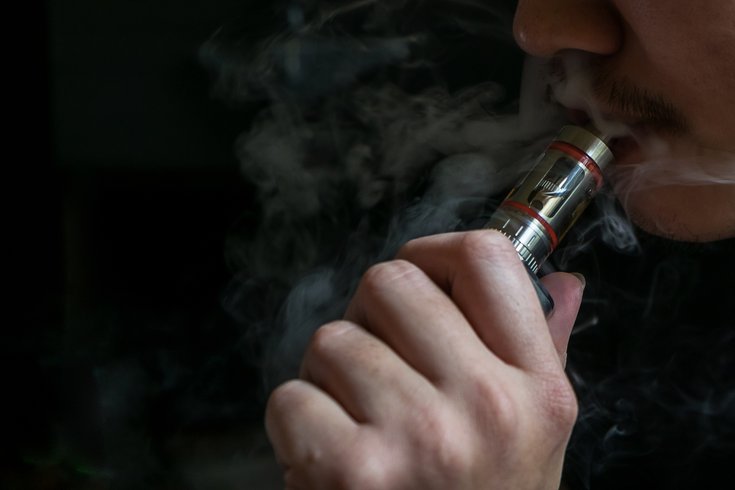 Delaware has confirmed its first death from a vaping-related lung illness. More than 800 cases of lung problems linked to vaping have been reported across the United States, according to the CDC.

A Delaware resident who died in August after a lengthy hospitalization is being counted as the state's first death tied to the vaping-related lung illnesses reported across the United States, health officials said.

The victim had a history of exposure to vaping, health officials announced on Thursday. But they did not provide any additional information, including the victim's age or gender.

"Our thoughts and prayers are with the individual's family," Public Health Director Dr. Karyl Rattay said. "This death is a harsh reminder the these illnesses are serious and life-threatening."

Four other confirmed cases of vaping-related lung illness are currently being treated in Delaware, with patients' ages ranging from 15 to 65 years old. Another seven cases are suspected.

Only one of the 11 Delaware cases was reportedly tied to nicotine-only vaping.

More than 800 cases of vaping-related lung illnesses have been reported across the country. Eighteen fatalities have occurred, including the death in Delaware.

Many of the illnesses have been linked to individuals who were using THC-infused products, some of which were acquired on the black market.

Earlier this week, New Jersey health officials announced the state's first confirmed death from a vaping-related illness, a woman in the northern part of the state.

While no specific products have been identified as responsible for the illnesses, the CDC and FDA continue to analyze data from across the country and investigate the supply chain behind various cases.

The Trump administration is currently working on regulations that would force flavored e-cigarettes to be removed from the market until they're approved by the U.S. Food and Drug Administration.