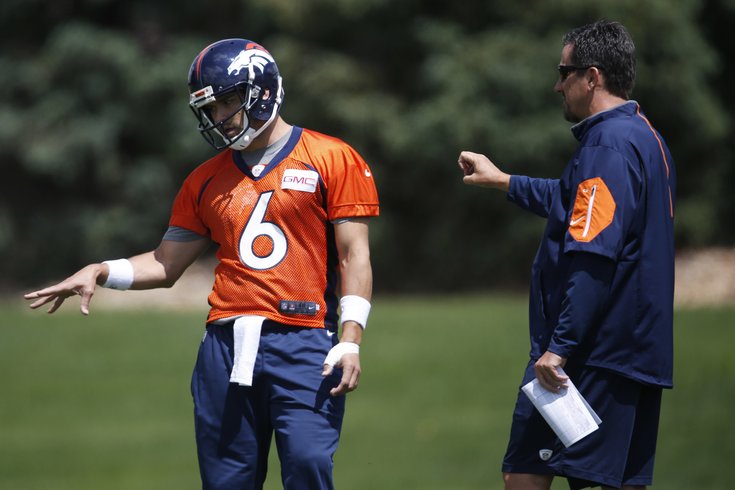 Back in March, the Philadelphia Eagles and Denver Broncos agreed to a trade that sent quarterback Mark Sanchez to Denver for a conditional draft pick. Details of that pick were previously unknown.

According to a source, the Eagles will receive the Broncos' seventh-round pick if he makes Denver's roster. It will become a sixth-round pick if Sanchez starts at least four games.

The sixth-round pick, however, requires further explanation. The Broncos had previously traded their 2017 sixth-round pick as part of a package to acquire tight end Vernon Davis. They do, however, own the Titans' sixth-round pick in 2017, which the Eagles would receive instead in that scenario. The Titans are likely to be drafting higher than the Broncos in 2017.

Here is an updated list of the Eagles' 2017 draft picks: