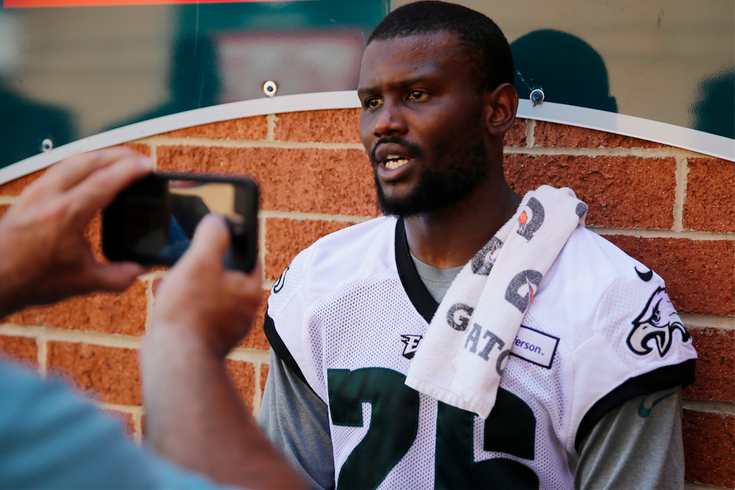 Walter Thurmond, who led the Philadelphia Eagles with three interceptions last season after signing a one-year deal with the Birds during free agency, is retiring from the NFL at the age of 28.

The veteran defensive back is putting his playing career behind him to "pursue other opportunities," according to the original report by ESPN's Adam Schefter.

Later on Tuesday afternoon, Les Bowen of The Daily News, who first speculated about the possibility of retirement two months ago, got Thurmond to confirm that the reason he's yet to sign with a team is because he intends to retire.

Back in March, the Daily News reported that the reason Eagles free agent safety Walter Thurmond hadn't signed here or anywhere was that he was leaning toward retirement.

Thurmond has now leaned all the way out of the NFL.

"That is official," Thurmond texted Tuesday, after several reports, the first from ESPN, said he was definitely stepping away from the game.  [philly.com]

After spending most of his career as a cornerback, Thurmond moved to safety during his only season with the Eagles in order to provide an upgrade over Nate Allen.

But it doesn't seem like the fact that he's played three different positions during his six-year NFL career -- nor that injuries prevented him from playing a full 16-game season before 2015 -- is the main reason for his decision to call it quits. After all, he was coming off arguably the best season of his career.

Thurmond seems to be ready to move on to something different, and perhaps those "other opportunities" that Schefter alluded to involve his desire to direct films.

Last fall, the Oregon grad, and Los Angeles native said he was set to direct a documentary on O'Jays lead vocalist Eddie Levert. On Tuesday, Thurmond provided Bowen with an update on that project, as well as another one set to begin filming later this summer.

"We've started some filming," Thurmond said Tuesday, but he added that production has stopped momentarily, while Levert's camp takes care of "some personal family things." He said he is in preproduction for another film that should start shooting around the end of July, when Thurmond normally would be reporting for training camp.  [philly.com]

If documentary filmmaking is what Thurmond sees as the next chapter of his career, it will be interesting to see if the former Eagle sought any advice from owner -- and Oscar winner -- Jeffrey Lurie. His production company, Chestnut Hill Productions  won the 2010 Academy Award for Best Documentary Feature for the Matt Damon-voiced "Inside Job," which examined the roots of the recent financial crisis.