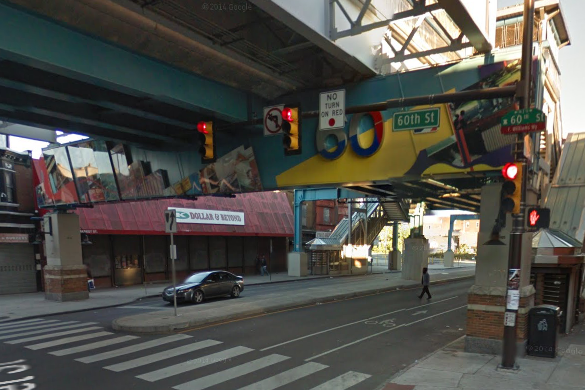 The 60th Street SEPTA station is pictured, where a shooting Sunday left one man critically injured.

Following a series of violent incidents near a West Philly train station, one Philadelphia detective is calling for more police presence in the area.

Joe Murray, a detective with the Philadelphia Police Department, took to Twitter Sunday afternoon to share his thoughts after a man was critically injured in a shooting outside the 60th Street SEPTA station.

He said that a foot patrol was needed in the area, noting that two others were killed and another was hospitalized in a series of recent shootings nearby.

This never happened out there. Need a foot beat ASAP. https://t.co/AB7mhHGqXy

60/Market is an El stop and a business area. Oh, and the biggest drug block in SW division. It's not 15/Market though so

Since Christmas two kids who hung out there have been killed and one more shot today. That's a major problem.

Murray, who is known for using the social media outlet to post about everything from Philly sports to pop culture, insisted to one user he was being very serious about the idea.

@poseidonguy1 everyday. Put one there every single day. That's how it was when I was a cop out there and there wasn't an issue.

The recent deaths in West Philly capped off a year in which the murder rate rose in Philadelphia after two previous years of historically low numbers of homicides.

The number in 2015 was 277, according to the Philadelphia Inquirer, a 12 percent jump from 2014, while the number of homicide cases that were solved went down.

Outgoing Police Commisoner Charles Ramsey told the newspaper he couldn't give any specific reason as to why less cases were being solved, but said it is still hard to get murder witnesses to come forward.

Ramsey also said in a recent exit interview with KYW Newsradio that foot patrols, among other things, were one of the tools the department has utilized more freuquently to battle crime during his eight-year tenure.

“We redeployed a lot of our officers to our ‘hot districts,’ the ones that have the most violent crime. We engaged in foot patrols.