The event on Oct. 2 will feature food, music and tons of beer; Proceeds will benefit some of owner Erin Wallace's favorite charities 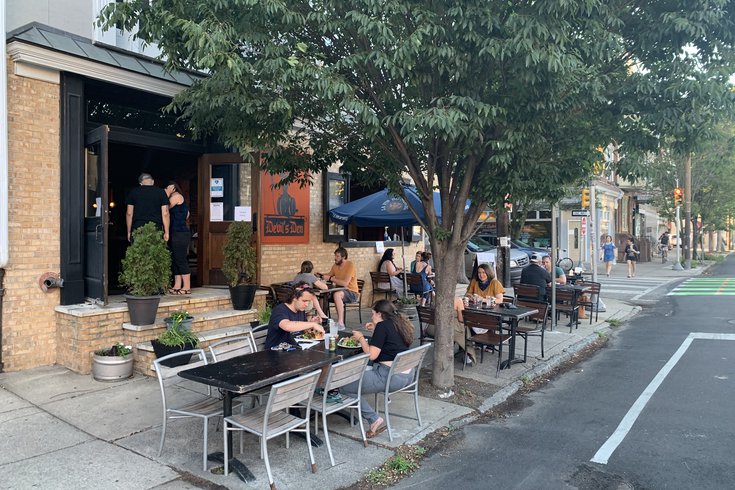 Devil's Den, a South Philly craft beer bar, is closing after 14 years in business, and is going out with a bang on Sunday, Oct. 2 with a farewell block party featuring food, beer and music.

Devil's Den, a gastropub in South Philadelphia known for its 17 rotating drafts and over 200 bottles of beer, is closing its doors next month after 14 years in business.

But before that happens, owner Erin Wallace is commemorating the bittersweet occasion with one final Blow Out Block Party on Sunday, Oct. 2 from 1 to 7 p.m. The event will close down the street at 11th and Ellsworth with food, live music and plenty of beer.

"The past decade and a half spent at Devil's Den has been a rollercoaster of emotions, filled with unforgettable events, fond memories and many, many important relationships made with both our amazing staff and loyal customers," Wallace said. "We're throwing one final party on October 2 as a thank you to all who have shown us support over the years, and to celebrate the end of one chapter and the start of a new one."

Food will feature Devil's Den fan favorites like Duck Fries, mussels, mac 'n' cheese and salmon BLT available for à la carte purchase. Bake'n Bacon will operate a food truck outside the bar from 3 to 7 p.m. An extensive selection of domestic and craft beer will be available.

For entertainment, attendees can catch the Eagles vs. Jaguars game starting at 1 p.m. on the restaurant's TVs, and DJ Sideswipe will spin vinyl from 4 to 7 p.m. following the game.

Charitable partners for the event include some of Wallace's favorite causes and nonprofits that have collaborated with Devil's Den in the past, such as Love Your Block, Woar Philadelphia Center Against Sexual Violence and Morris Animal Refuge.

In August, Wallace announced on Instagram that the bar would be closing on Oct. 10. She plans to sell the pub to a Jersey shore entrepreneur who will keep the taps flowing, the Inquirer reported.

"We've won many accolades over the years, and hosted a myriad of memorable events, but more importantly, we've raised the bar for excellence in craft beer in Philadelphia every single day for a decade and a half," Wallace wrote.

She added that Devil's Den would not be "going quietly," teasing a variety of "spirited events" like the upcoming block party. The bar is also hosting a final Beer Bingo Night tonight, Sept. 28, at 7 p.m. and one last True Crime Night on Thursday, Oct. 6 at 7 p.m.